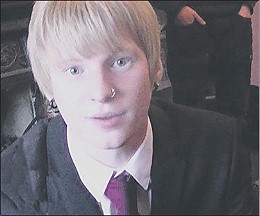 A devastated mother who lost her 21-year-old son to suicide last week has bravely spoken of the need for young people to ask for help – and not to view suicide as an option or remedy to their problems.

Daniel’s sad passing comes at a time when a CSO report confirmed that more than 500 people died from suicide in 2011, with Ireland recording the fourth highest suicide rate in Europe as 10 people take their own life every week.

In a brave interview with The Echo only days after losing her son, Carol, who lives in Kilmahuddrick said: “Daniel was an intelligent, witty lad and was a real individual – he wasn’t into what other kids were into, he was a bit out there, and loved alternative music, clothing and skateboarding.

“Because of this, he was bullied growing up. People picked on him because he was different and I’m not saying this was the whole reason why Daniel took his own life but it definitely contributed to his depression.”

She added: “Daniel suffered with depression from a young age and a few years back he was found in our bath after slashing his wrists and last month, made numerous attempts to take his own life.

“However, Daniel just didn’t want to take any help, he didn’t want to talk to anybody and, as he was classed as an adult, nobody could force him to talk, take medication and he wasn’t deemed bad enough to be committed. See full story on page 22 of this week’s Tallaght Echo.