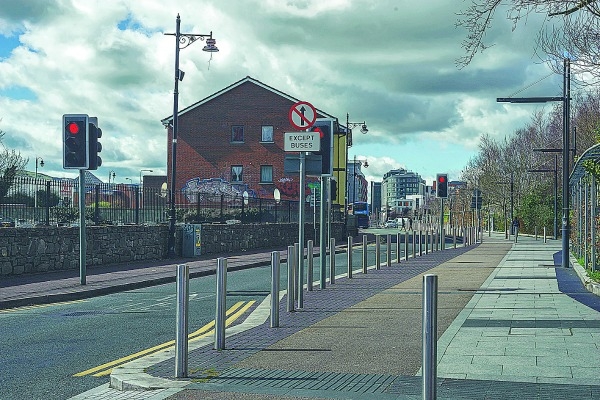 A MOTION was passed in council chambers this week to open the road which runs through the village, past IT Tallaght, to motorists.

Independent councillor Dermot Richardson raised a motion at this month’s Tallaght Area Committee meeting seeking support for the opening of the road, which has been accessible to only buses for the past 15 years.

The Old Blessington Road, which runs past St Maelruain’s Church of Ireland, the Metro Bar and IT Tallaght, was, according to South Dublin County Council, restricted to public transport only in the “interest of promoting greater use of public transport” in the early noughties.

However, in the interest of attracting more people into the village and supporting local business, Cllr Richardson believes that it is now time to re-open the road to motorists – as a one-way system out of the village.

He said: “Businesses in the village are struggling to attract customers into the area and I believe that a one-way system out of the village would help with traffic flow and attract more people.

“People don’t drive into this area and this restriction cuts off the area and its businesses from the rest of the village.

“The restriction also results in a lot of people cutting through the High Street and Tallaght Retail Park, which can be jammed at times and, due to the narrow roadway, can be quite dangerous.

“I think another route out of the village would be very beneficial and it wouldn’t have any adverse impact on traffic on the Belgard Road as traffic lights are already there for the buses.”

He added: “We need to revitalise the village, make it easier for people to visit and more attractive for existing and potential businesses.

“The Luas has come to Tallaght since this restriction was brought in and people are using public transport.

“Buses can still travel in both directions on this stretch of road but it would be great if cars could use the road as an exit out of the village – which would make it easier to connect with the Belgard Road, the Square and other local retail parks.

“It opens up the village to a host of opportunities and people would start driving through rather than bypassing.”

South Dublin County Council said that it would further investigate the motion, which was passed by members, with a view to bringing a report to a future traffic management meeting.