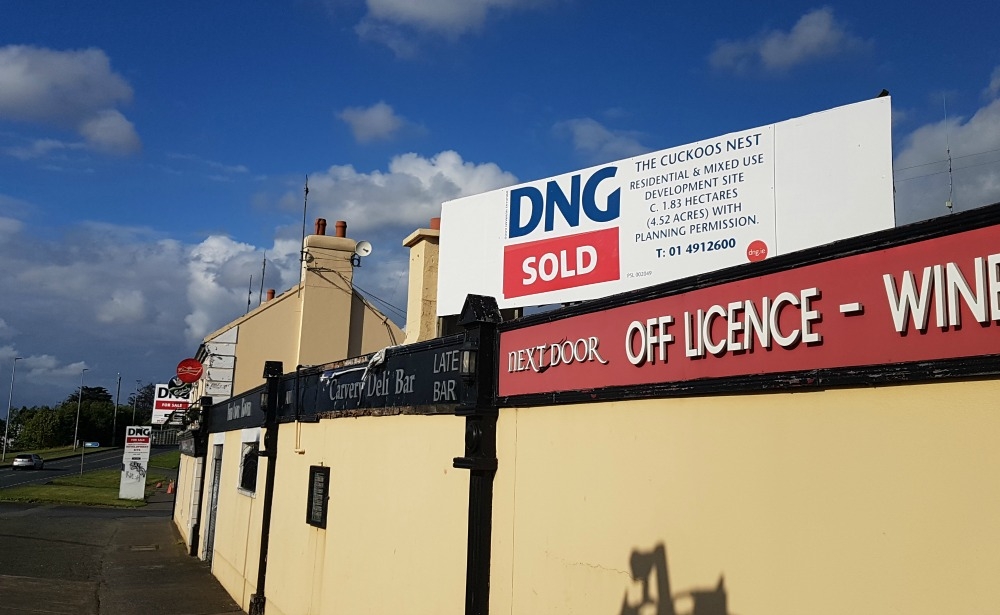 Mystery over new owner of the Cuckoo’s Nest

Mystery over the new owners of the Cuckoo’s Nest continues, with the Lynch family denying that the property has officially been sold.

The Echo reported last week that signage on the Greenhills Road pub had changed from ‘For Sale’ to ‘Sold’.

The Echo understands that a developer is the buyer for the land, with the sale to be finalised in the middle of next month.

Bernard Lynch, whose family owned the Cuckoo’s Nest since 1962, told The Echo that the ‘wrong sign’ had been put up on the property, as the pub was still in the bidding stage but had not been sold.

He said: “The signage is actually wrong – the sale isn’t 100 per cent agreed as the final payment is due in mid-September.”

‘Sale agreed’ means both parties have given each other a verbal assurance of sale, but contracts have not been formally signed and exchanged.

Lynch refused to say who the buyer is or how much the sale has been agreed for.

Following the pub’s closure after 54 years in 2015, a planning application for a 45-unit residential area was lodged with South Dublin County Council.

The application was passed in January and provides for 39 three-bed homes and six two-bed apartments located in a three-storey building behind the pub.

The Lynch family put the pub on the market this March, with a guiding price of €4 million.

The application also includes plans to renovate the pub itself and replace the side extensions with a new two-storey wing that will house a bar, lounge, external courtyard with seating at ground level and a restaurant and kitchen on the first floor.

Commenters on Facebook expressed hope that the pub would reopen in the near future.

One woman said she hoped the local would be opened soon, while another man said he was ‘delighted with life’ after hearing a sale was agreed.

The Lynch family have previously stated that they hoped the money made from the sale of the land would be used to pay off bank debt, reported to be in the region of €3m.

Councillor Mick Duff lamented the loss of the pub to the area, saying: “The Cuckoo’s Nest was a very valuable asset to the community and, alongside being a social outlet, it was at one stage a very big employer.

He continued: “I know that there were some concerns over the possibility of extra traffic in the area, but with only 45 units, this does not appear to be a consideration now.”