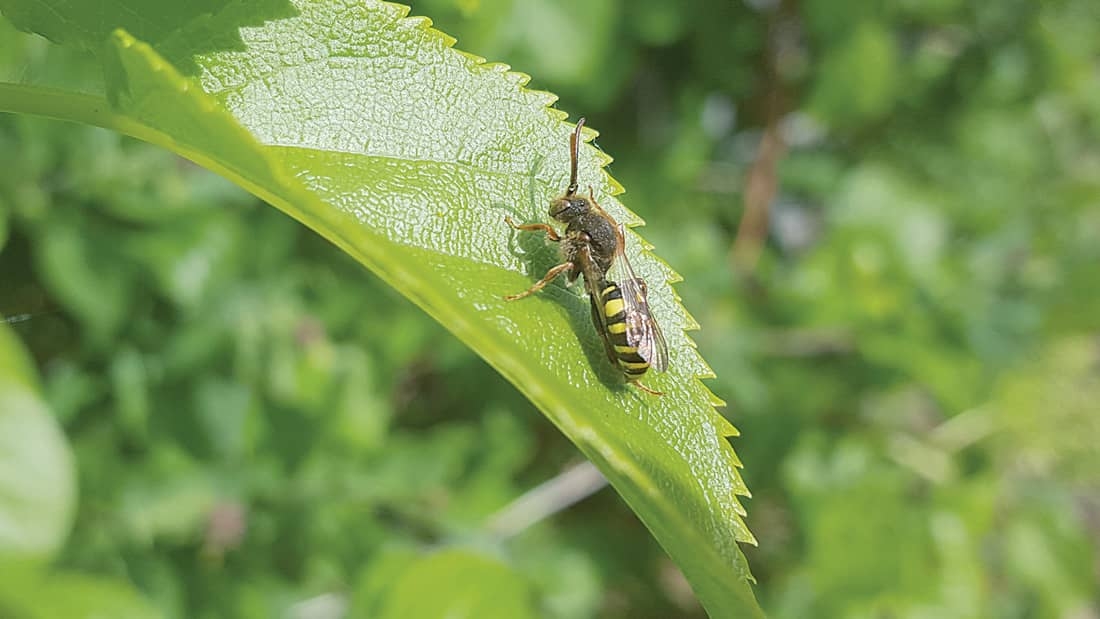 Nature on our Doorstep – Cuckoos in the insect world

The Cuckoo is not the only species in nature that uses foster parents to rear its young.

This practice also occurs in the insect world, where certain species of bees, wasps, and flies take advantage of other ‘host’ species.

Nomad bees like this one in Tymon Park, are cuckoos in the insect world

The Nomad bee is one such insect cuckoo. This a solitary bee species, meaning it does not live in a hive with others of its own kind.

Most solitary bee species construct several individual little nest units, filling them with pollen and laying an egg in each one before sealing them up.

When the young larva hatches, it develops and grows, feeding on the pollen provided in the nest.

Female Nomad bees, however, look for these nests just as the host bee is constructing them.

The Great Pied Hoverfly lays its eggs in wasps’ nests, where its young feeds on wasp larvae

While the host bee is away gathering the pollen, the Nomad female quickly lays an egg in the unguarded nest.

The host bee returns with more pollen, lays her own egg, and then seals up the nest.

On hatching, the Nomad’s larva destroys the host’s egg and feeds on the supply of pollen.

Cuckoo species like the Nomad bee are also known as cleptoparasites, because once they lay their eggs in the nest of another species, they destroy the host’s young and they steal the host’s food for their own use.