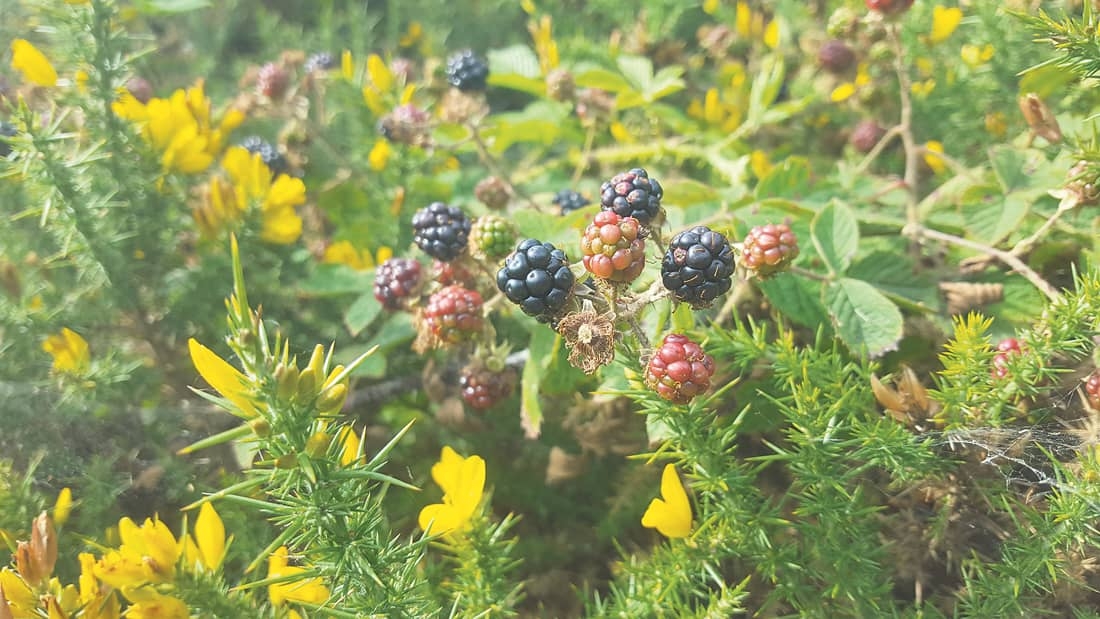 Nature on our Doorstep – Signs of autumn

For many of us, one indicator that summer is moving into autumn is the appearance of blackberries in the hedgerows.

This often happens in August.

Ripening blackberries tell us autumn is well and truly here

This year, however, because of the unusually hot weather in early summer, which was followed by a long, warm, wet spell in mid-summer, juicy blackberries were ripening as early as the end of July.

By mid-September, the best of the blackberries are usually gone, picked by us or eaten by birds, foxes, badgers, and field mice.

Cool, wet weather will also put an early end to the blackberry season, covering the berries in a hairy mould.

Another sign that autumn is approaching is the song of the robin.  The days of spring and early summer are noisy with bird song, with male birds defending their territories by singing loudly from the tree tops.

Later in summer when birds have finished rearing their families and no longer need to sing, things quieten down.

By early September however, one bird begins to sing again, the robin.

Being a very territorial bird, the robin begins to mark his territory in autumn, well ahead of the coming springtime.

His song is tentative at first and often sounds wistful, becoming more confident as springtime approaches.

Throughout the coming winter, however, this delicate song will keep us company and lift our spirits.