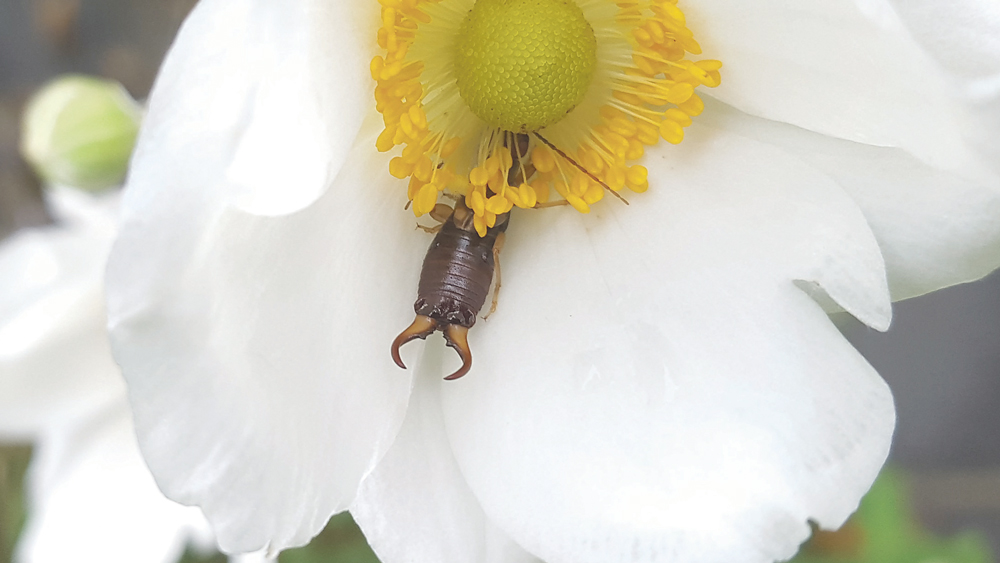 Nature on our doorsteps: Earwigs are useful!

Female Earwigs have straight pincers while the male’s pincers are curved, almost into a circle.

Earwigs prefer habitats where they can slip between surfaces, such as under stones, in hollow old plant stems, or between the petals of a rose or a dahlia flower.

The female Earwig is unusual amongst insects in that when she lays her eggs, she stays to tend them, licking them clean every day to prevent mould growing on them.

Then, on hatching, she continues to mind her young until they are mature, hiding them under her body until they can fend for themselves.

The origin of the ‘earwig’ name is debated. Perhaps it was the shape of the male’s almost circular pincer that gave rise to this name. 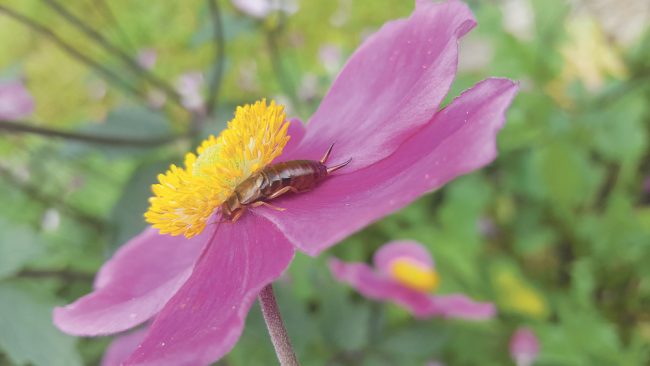 The pincers on female Earwigs are straight

Another suggestion is that these insects were originally called ‘ear-wings’, reflecting the often-unknown fact that Earwigs can actually fly.

Their wings, which are folded away under wing cases on their backs, open out into a semi-circular shape, just like our ears. Over time, the ‘ear-wing’ name simply changed to earwig.

Contrary to popular myth, Earwigs do not crawl into our ears and make us deaf, or worse, eat our brains! They do eat slugs and aphids however, making them a useful friend in the garden.