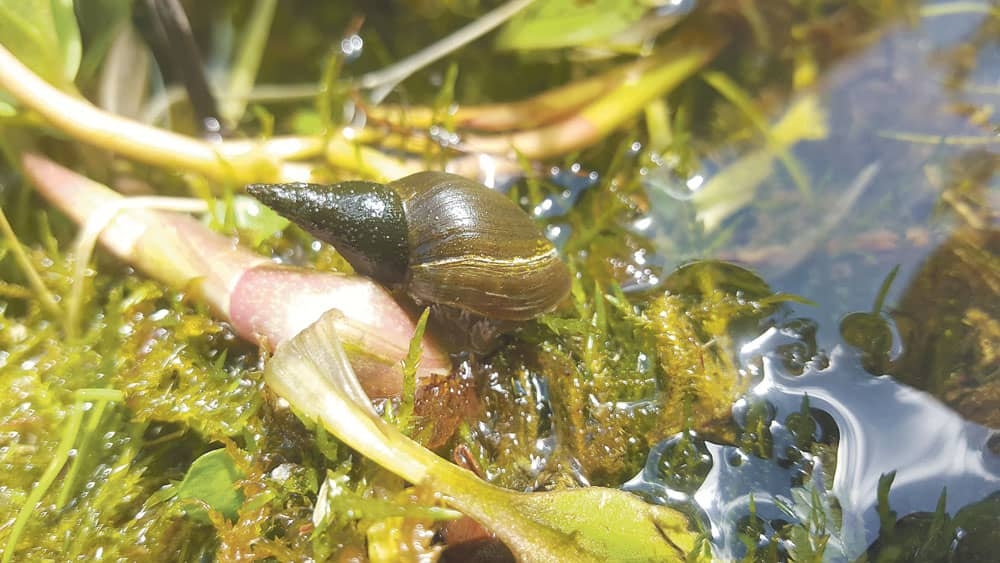 Nature on our doorsteps: How do snails breathe?

All snails were once sea creatures.  During the evolutionary process, some emerged from their salty waters and adapted to live on dry land or in freshwater rivers and ponds.

Like all living things, snails need to breathe oxygen. Land snails have a very simple breathing system which is located in a small cavity between their shells and their bodies.

Air enters into this cavity through a small opening or pore on the side of the snail’s body, just underneath the bottom edge of the shell.

Inside this cavity, oxygen is absorbed across the snail’s skin into its body, while carbon dioxide is released.

Some pond snails have external gills that absorb oxygen directly from the water. Others have the same primitive breathing system as land snails and must regularly come up to the surface of the water to take oxygen from the air.

They store this air in their cavity when they are underwater.

Interestingly, this cavity serves another function. Snail’s ‘poop’ is produced in this little space, exiting the cavity through the pore to emerge as a thin string of waste material.

When this  dissolves, vital organic matter and nutrients are returned to the environment. Snails are therefore an important part of nature’s recycling system, although many people see these creatures merely as garden pests.