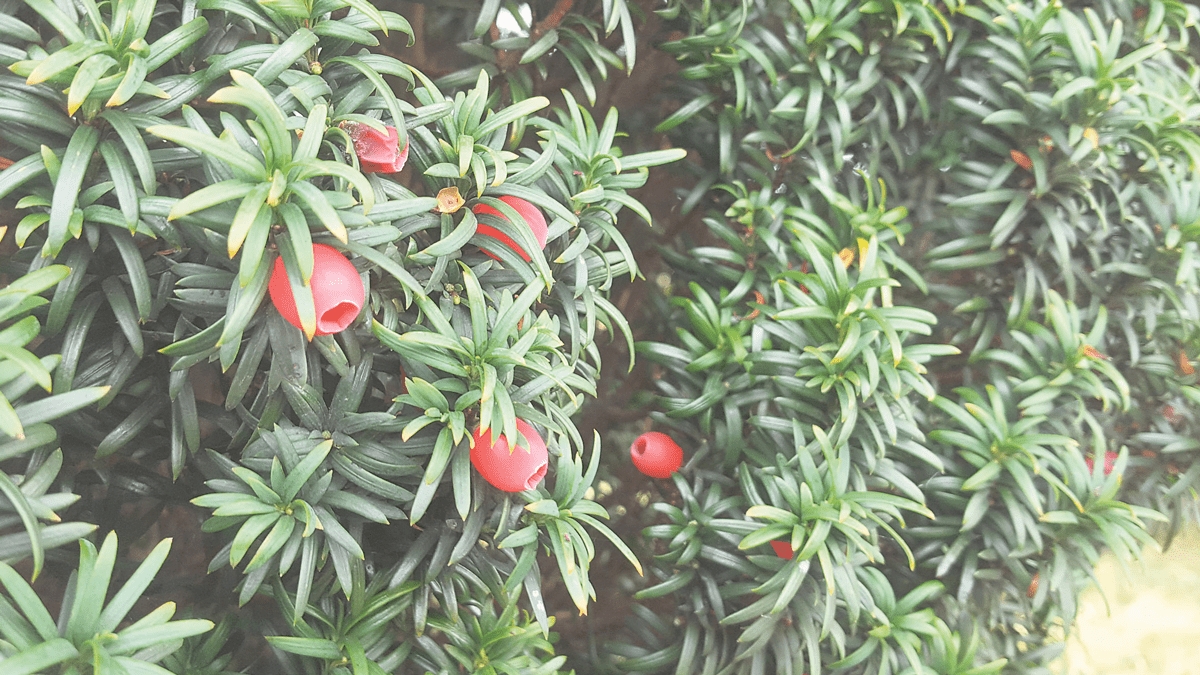 Nature on our doorsteps: The Yew, a Halloween tree

The Yew tree is probably best known as a tree of cemeteries and old churchyards.

In pre-Christian times, Yews were considered sacred by the Druids who often planted them around their sacred groves.

The fruit of the Yew is a red, berry-like structure called an aril that surrounds the tree’s seed

As Christianity spread and churches were established at these same locations, Yews became associated with Christian churchyards and cemeteries.

Although they are conifers, Yews do not produce woody seed cones like Pine or Spruce trees. Instead, they produce a red berry-like structure called an aril which surrounds the tree’s seed.

The Common Yew is an open-growing bush that grow up to 20 metres high. The Irish Yew, however, has a very upright form of growth, creating tall dense tapering columns.

This tidier form makes the Irish Yew suitable for growing in churchyards where space is tight.

Yew trees are often seen in old churchyards and cemeteries

The leaves and seeds of Yew are poisonous if eaten, causing death for both humans and animals. This explains why Yews are rarely found growing in farmland hedgerows, where grazing animals could be at risk.

Despite its poisonous nature, however, Yews are an important source of a medicinal compound that is used to prevent the further growth of cancerous tumours.

In the ancient Celtic Ogham alphabet, Yew represents the last letter.  This associates Yew with the festival of Samhain or Halloween, when the dead are remembered and the old year dies.