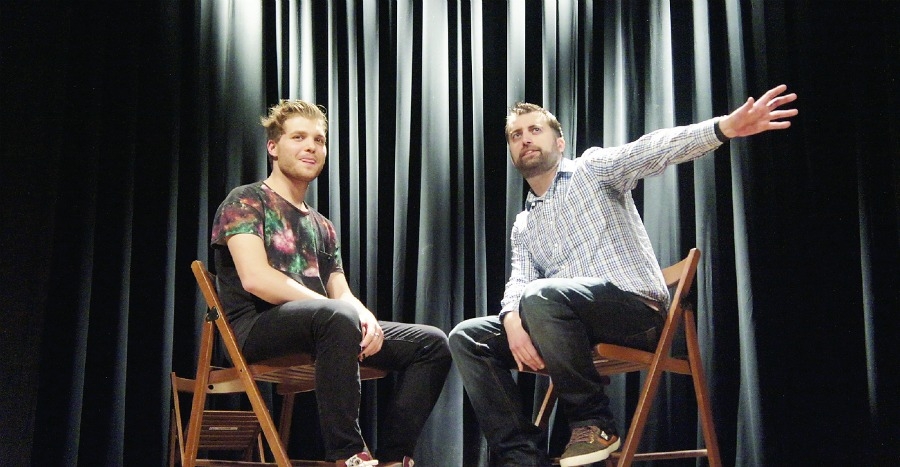 KILNAMANGH native Neil Curran is a seasoned improv performer, who goes on stage without a script or a prepared routine.

He delights in never knowing what the content of his show will be, and his show Neil+1 sees him pick an unsuspecting member of the audience to be his co-star for the night.

The past pupil of St Kevin’s Primary School has performed in over 15 countries, and has also established Improv Fest Ireland and teaches improv as he’s so passionate about the art form.

Neil took some time out to speak to The Echo about the improv scene in Ireland, his show and being an improv teacher.

What first attracted you to performing improv?

The Mammy was an actor so I grew up immersed in the theatre and drama world. However, as a shy and introverted child, doing improv when I was younger was liberating and exciting as I had total freedom to express myself without fear of judgement over the content.

There was no ‘wrong way’ when I was improvising and it’s a very supportive environment. I also loved Whose Line Is It Anyway? and would play the games with friends.

Can you remember what it was the like first time you did an improv show?

It was so thrilling and exhilarating. I think it was in a pub on Westmoreland Street. I remember having the fear of walking out on stage with absolutely nothing planned and experiencing that fear turn to excitement.

I left the stage soaking from perspiring but with a massive craving for more. I didn’t want the show to end.

Your Neil+1 show sees an unsuspecting member of the audience become your co-star for the night. What’s the strangest or funniest reaction you’ve had from an audience member when you’ve picked them out to be a part of the show?

I have had so many wonderful and funny experiences performing the show. Everyone to some degree, even if in secret, wants to be a rock star. My job in the show is to facilitate that journey!

In one show in Belgium, my +1 was a lady from Honduras who worked for the EU parliament. She came across as a reserved person when we chatted at the start of the show, however once the performance started she became this alpha performer.

She took on the role of a spy and proceeded to play a James Bond type character including embracing a dance scene, something she initiated herself!

Afterward she told me that she was so used to working with bureaucracy in her day job, that the freedom and support she felt being on stage with me empowered her to just let go. It was so joyful!

You’ve performed in venues all over the world, including San Francisco, Krakow and Shanghai. Does an audience’s willingness to get involved with improv tend to differ from country to country?

It’s interesting, I’ve performed now with people from over 15 countries and really, we are all the same. Yes, we have cultural differences, but we laugh, cry and scream at the same things.

With Neil+1, I always perform with someone who has never performed, and preferably, never seen improv before. That can sound frightening to many people, but people generally are willing to take part once they realise that they aren’t going to be made fun of or made to look bad on stage.

Taking care of your co-performers is an important philosophy in improv. The ritual of saying, ‘I’ve got your back’, before shows has become prayer-like to improvisers all over.

You also teach improv courses, at what point did you realise you wanted to crossover from performing improv into teaching it as well?

While there has been improv in Ireland for a long time, there was no improv community. From going to the UK and the US, I saw the strength in establishing a community and indeed, an audience for improv.

But more importantly I wanted to share the benefits that improv has brought me both in my personal and professional life. Improv changed my life more than any art form or educator ever had previously.

That might sound airy-fairy, but my story isn’t unique. Many people the world over will say something similar about their own journey.

How did you prepare for teaching?

I worked hard at equipping myself with the skills and qualifications necessary to teach. People take improv classes with me for a variety of reasons.

Some want to perform, others just wanted to equip themselves with the skills that improv gives us so they can apply it in their day job or personal life.

I’ve had past students credit improv with helping them get a promotion or career change. Hopefully before I leave the mortal world, improv will be a subject in the secondary school system!

You’re also the founder of Improv Fest Ireland. What do you think of the improv scene in Ireland at the moment?

The scene has grown dramatically sinceI first opened the doors of the festival. There are more teachers and weekly improv nights showcasing the variety of improv.

The Tightrope weekly improv nights, which was born from the community in Dublin, is now two nights a week and continuing to grow rapidly.

Improv is also being staged in festivals outside of the improv world, at theatre festivals and literary festivals, for example. While most of the improv scene in Ireland does centre in Dublin, there are improv events taking place in Cork, Galway, Limerick, Wexford and Belfast.

You can find out more about Neil online at www.lowerthetone.com