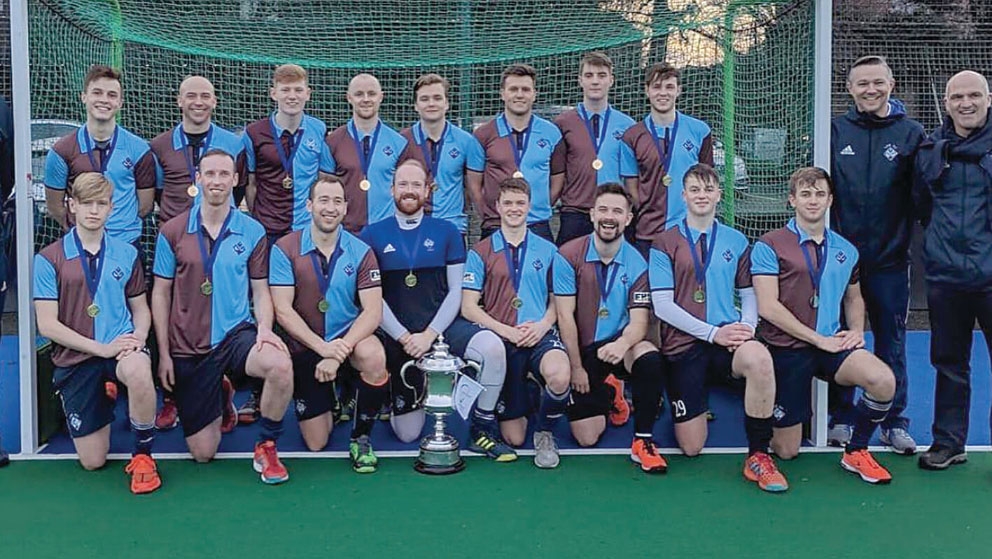 A year ago, goalkeeper Shane O’Brien was the final hero and he was once again key to their success against Pembroke in normal time and a shoot-out and he repeated the feat against Corinthian.

It made it six trophies in a remarkable 2018 for the Rathfarnham club on a formative day as Rovers fielded seven teenagers, showing their strength in depth as they adjusted their deck due to new rule restrictions in this competition.

Ali Empey had given them a 1-0 half-time lead when he cleaned up with an excellent upright-reverse stick penalty corner rebound following a Peter Blakeney drag-flick that Ross Murray denied.

The reds had held most of the play up to that point and through to the half-time whistle but could not find too many killer chances for all their control from play. Indeed, they ended the tie with 10 corners to their name but could draw more tangible reward from them.

After the break, it was more end-to-end with Dan Treacy levelling amid a melee in the circle inside the closing 15 minutes. During this time, they camped in Rovers territory as Conor Empey was shown yellow.

Empey – along with his younger brother – was among Rovers’ key performers along with Garry Ringwood in keeping their structure in place until the closing stages.

Blakeney then joined him on the sideline for the last five minutes when he missed a tap-in and proceeded to deliberately boot the ball into the goal – seemingly in jest – getting a yellow for his troubles.

There, O’Brien kept out two efforts while Ali Empey, Luke Adams, Blakeney and Garry Ringwood – off a stroke earned by Dylan Shirley – slotted home for a 4-2 victory.

Afterward, Rovers’ assistant coach Gareth Borland said it was a gritty performance from the side, largely taken from the second team, to win out once again.

“It wasn’t the most fluid of performances at times,” he said. “With the mixture of players, it was hard to draw them all together but they fought well and great to come out on top.

“Shane [O’Brien] has done brilliantly and it’s great for him to do it two years in a row. It’s becoming a habit for him!

“The younger lads stepped up in the shoot-out; they are probably more used to it from schools finals with less fear and they put them away nicely!”

Borland is now looking forward to a potentially helter-skelter second half of the season with games coming thick and fast once the indoor campaign finishes toward the end of January.

“We are in a good place; there are 25 games for us between now and the end of the season if all goes to plan. It’s a considerable amount but hopefully we can retain as many of the titles as we possibly can.

“We haven’t had the full squad for a month-and-a-half, two months, so it will take a bit of time to get everyone back together and hopefully we can kick back into action at the end of January.”

From the Corinthian side, Neil Mackay ran the sideline on the day and said the story was one of missed opportunities for his side.

“We really should have taken our chances in normal time; we had probably 10 corners to Three Rock’s two and that was the game.”

Nonetheless, positivity abounds at Whitechurch Park as they target potential promotion to the EYHL in the new year.

“We are delighted with the way the lads are playing in EYHL2, going well in the league and still in the semi-final of the Mills Cup. As long as we don’t get any major injuries, we have a very good season ahead of us.

“We do have a good stream of youngsters who weren’t involved today also coming through who can come in to rotate the players with the number of games we have. That is vital to keep everyone fresh.”