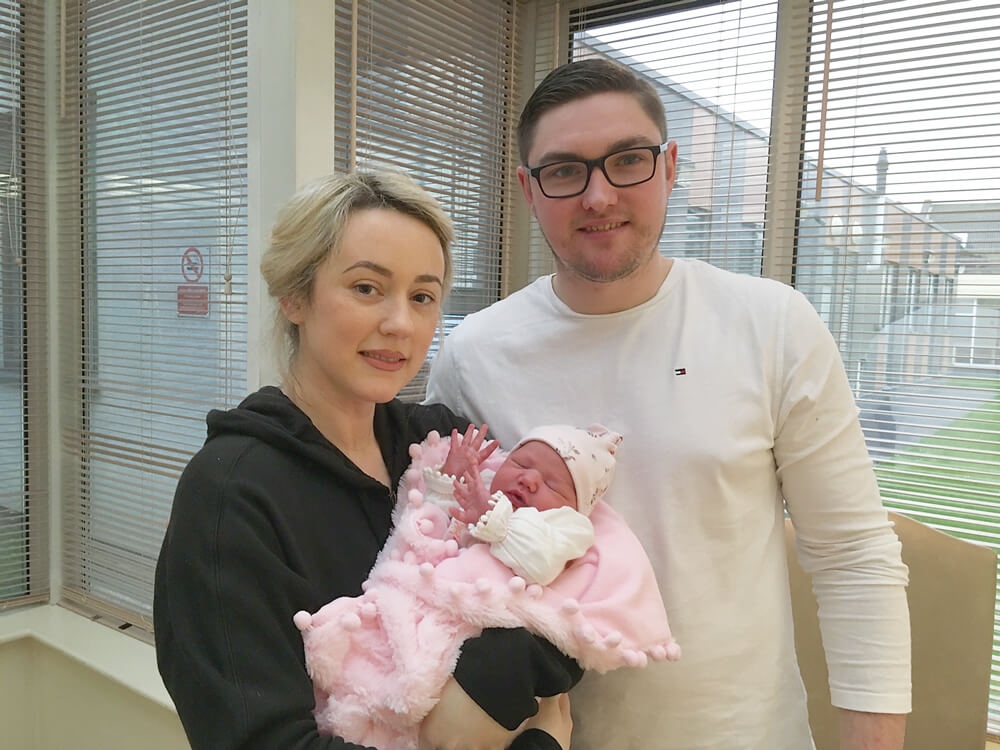 The very first baby born in Dublin, and the second in the country to arrive in the New Year was Clondalkin’s Amelia O’Brien.

Born at just four seconds past midnight to parents Leanne Farrell and Alan O’Brien in the Coombe Women and Infants University Hospital, she came into the world as the fireworks went off around the county.

When asked about how their New Year’s celebrations went and if it was how they expected it to go, dad Alan said: “No not really, she’s about four days early so it was a bit of a shock, but we’re glad she’s here and it all went well."

Although she came early, baby Amelia was ultimately pipped to the title of the first new-born of the year by baby Maeve in Drogheda, who was delivered at three seconds after midnight in Our Lady of Lourdes Hospital – one second quicker.

After feeling contractions on and off for days, the exhausted mother Leanne told The Echo about how she felt after nearly four hours in labour.

Alan joked saying he was “tired” before Leanne said: “Yeah, tired and ecstatic. Yeah, it’s amazing. We’re just delighted she’s here now cause it was quite a long process; we’ve been here since Saturday.”

“Pains were on and off for a while and then we went proper at about eight o’clock [on New Year’s Eve].”

Weighing 7 lb, Amelia O’Brien is Leanne and Alan’s third child, she headed home on New Year’s Day to meet her big brothers Alfie (5) and Charlie (2) in Clondalkin as part of the Coombe’s Early Transfer Home Scheme.

“They’re going to meet her [on Tuesday], so I’m very excited about that, yeah,” concluded Leanne about the prospect of Alfie and Charlie meeting their baby sister for the first time.