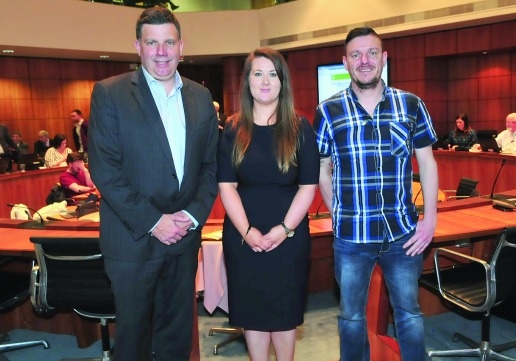 A candidate to co-opt to the seat formerly held by Gino Kenny (PbP/AAA) for Clondalkin will be chosen at next month’s full meeting.

The council sees a return for Cllr Brian Lawlor who had previously been elected to the council in the 2009 local elections for Tallaght South and ran for Fine Gael at the 2014 local elections in the Templeogue-Terenure ward.

Cllr Emma Murphy is a 29-year-old development worker from Ballyboden – she previously ran for Fianna Fáil in the Rathfarnham ward in the 2014 local elections.

Originally from Harelawn, Cllr Mark Ward has been actively involved with Clondalkin Sinn Féin and is a community addiction worker with the Inchicore Bluebell Community Addiction Team.