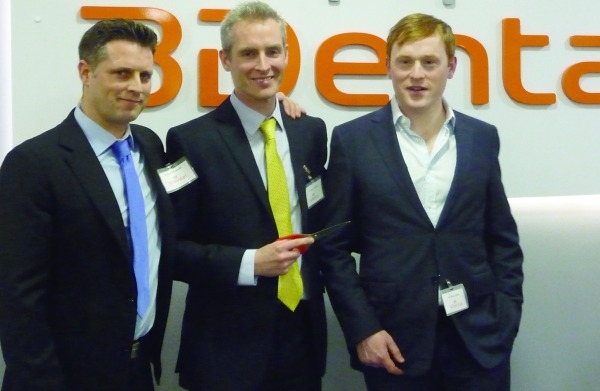 A NEW dental practice which hopes to fill a gap in the Irish market for low-cost dentistry has officially opened on the Naas Road.

Founded by dentists Paul O’Connell, Peter Doherty and Niall Vallely, who was based in Knocklyon, 3Dental has brought 35 jobs and affordable dentistry to the capital – after a €6 million investment in a new base at Red Cow House earlier this year.

During the official opening last week, the team spoke of its vision to bring a low-cost dentistry model to Dublin, alongside its goal to become a long-term solution for the thousands of people who travel abroad for work due to high costs and inaccessibility.

Peter O’ Connell said: “The concept behind 3Dental is to deliver high quality, affordable dentistry in relaxed, modern surroundings, and to make that as accessible to as many people as possible.

“We believe that dental health is a necessity, not a luxury and we intend to make it more accessible to achieve a good standard dental health.”

Since the opening, the business team has said that it is now focusing efforts on giving those travelling abroad for dentist work a “serious, cost-effective alternative to overseas dentistry”.

“The main aim in setting up this clinic was to try to limit the huge flow of Irish patients travelling abroad to get their treatments done,” Paul said.

“In the past this has basically been due to the high cost of dentistry here. We want to provide an alternative to that. We want to offer the best dentistry and we aim to provide every patient with a range of quality treatments that are very affordable.”

In his opening address, Niall acknowledged the many people who helped them on this journey, including their families, friends and business team as well as South Dublin County Council.

He said: “The council was eager to help and direct us where possible to get this business up and running in this location and was interested in what we were trying to do, and facilitated us – instead of fighting us.”
3Dental is now open at Red Cow House on the Naas Road.

For more, or to book an appointment, visit the website www.3dental.ie