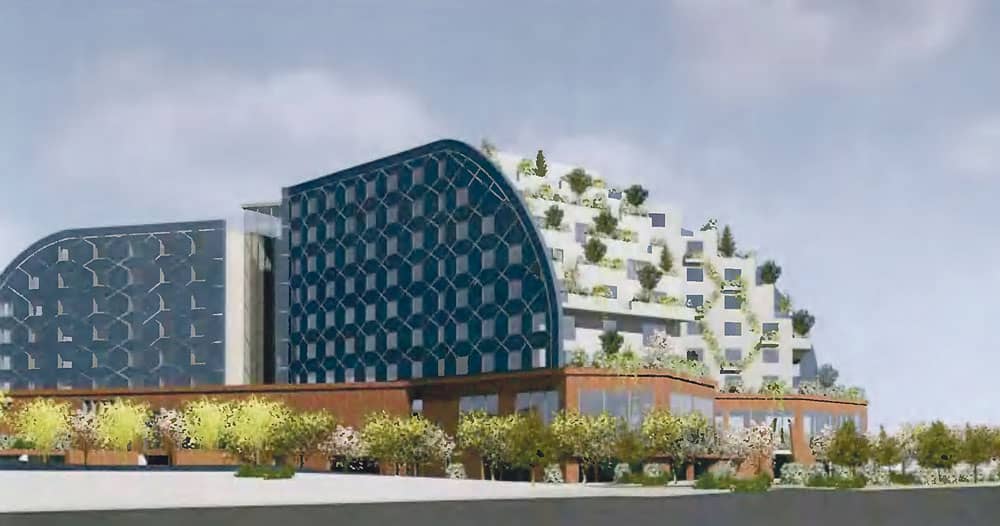 A REVISED design of the proposed Newlands Park Hotel has been submitted to the council following a request to redesign the proposed development, reports Hayden Moore.

The original plan was to develop a building which ranged in height between seven and 10 storeys.

Last December, South Dublin County Council requested that the building height, which it described as a “monolithic structure”, be reduced to five storeys in accordance with the Development Plan. 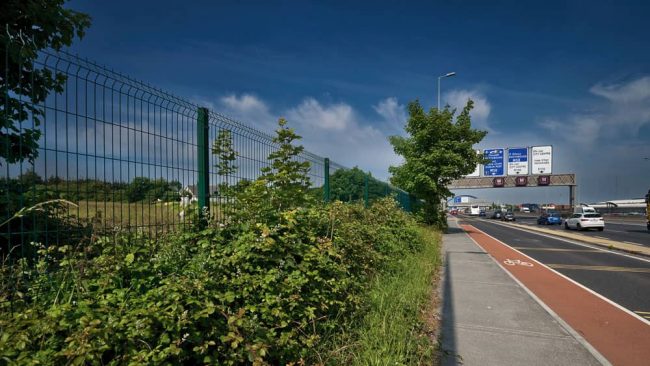 The site on the Naas Road

Another option they gave was to provide a “significantly amended proposal for a tall building” including a shadow assessment, ecological assessments and assessment of microclimatic effects among other things.

In the interim, the planning authority granted a time extension for an additional three months up to September 21, 2021.

All of the additional information in respect of floor plans, elevations, ecological impact assessment, archaeological assessment, landscape management plan and more were received by the council on June 21.

Following the council’s request, the proposed hotel was redesigned to reduce its height by three floors (nine metres) to bring to a height in keeping with the surrounding environment.

Now, the southern block of the hotel stands at seven storeys over ground and lower ground-floor levels, and six storeys on the northern end.

The development has a particular focus on creating green and landscaped spaces to create “new wildlife habitats” within and on the buildings, taking direct inspiration from renowned international hotels.

The southern end will be stepped to create a sloped façade towards the main road, with parking spaces reduced from 202 to 180 spaces with a provision of 54 bicycle spaces.

Ancillary amenities, including a bar, restaurant, gym and meeting rooms are also included in the proposal.

The subject site is within close proximity of the 190-room Louis Fitzgerald Hotel.

As previously reported in The Echo, Mr Fitzgerald said that “if this development comes to pass, it will bring a terrible strain on other hotels in the area”.

While the hotel will be serviced by the slip road off the Naas Road, there will also be an access route via Knockmeenagh Lane – something in which Newlands Residents Association previously took umbrage to.

In the revised plan, the road will be widened to 6m for a distance of 270m before the turn into the hotel grounds.

In their submission, the residents objected to the plans for several reasons including how the surround estate is “matured”.

They believed a precedent has been set in how the Louis Fitzgerald Hotel does not have access from the lane and that this should be upheld.

The council will now assess the revised design and additional information before making a decision, which is expected on July 19.