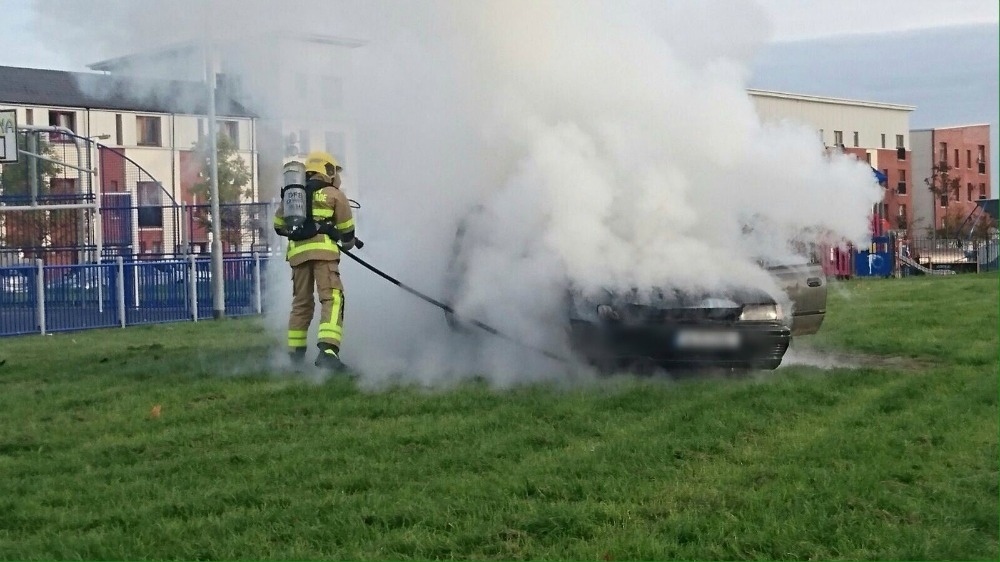 It was an early start for the firefighters from Tallaght Fire Station this morning, and one new recruit was called upon to deal with a car fire in Tallaght just 20 minutes into his very first shift.

The latest batch of new recruits have been placed in their respective stations this week, and Recruit FF Moloney showed no signs of nerves as he brought the fire under control.

The car was ablaze next to a play a space in Jobstown, with one unit from Tallaght station bringing the fire under control.

According to DFB, “20 minutes into his first shift ‘A’ Watch Recruit FF Moloney from Tallaght Fire Station fought his first fire”.

The news comes as the number of burnt out cars in the area continues to increase, leaving a blight on local play areas and green spaces.

Having only launched their Halloween Stay Safe campaign yesterday, DFB have once again warned young people about the dangers of fires, bonfires and fireworks ahead of the Halloween weekend.