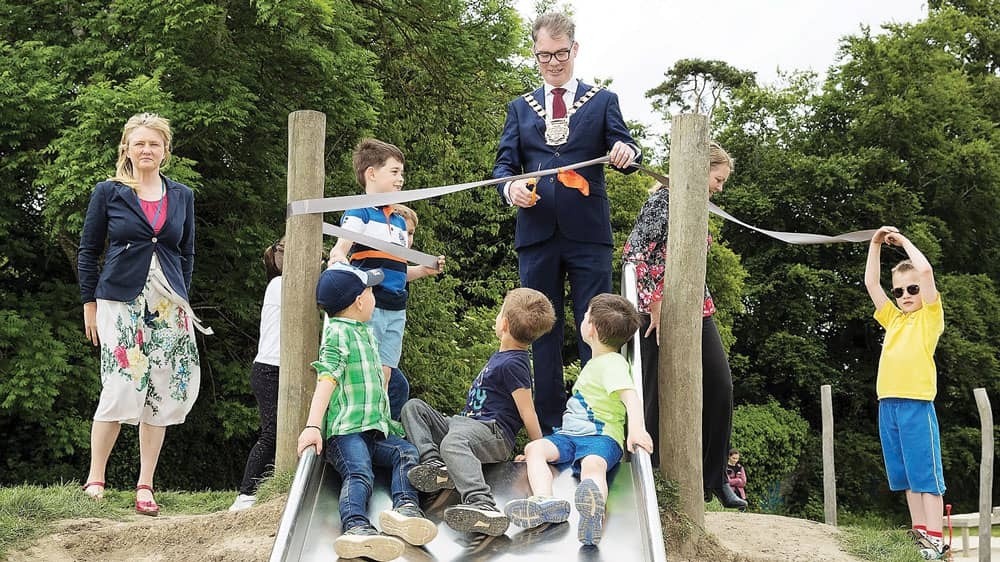 THE NEW playground at Willsbrook Park in Lucan officially opened on Wednesday, June 9.

Speaking at the opening, Cllr O’Brien said that residents in the area have always advised that the location would be suitable for a playspace and since opening there has been an increase in family groups using the park.

The mayor also paid tribute to the local community for their support of the park and playground at Willsbrook and the work of the Council staff in managing the project and maintaining the playground.