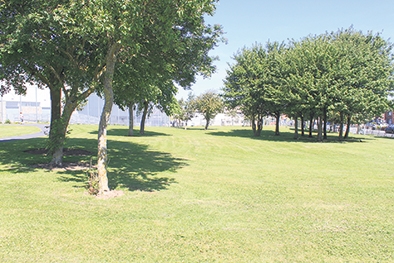 New skatepark project to cost in excess of €1 million

WORK on the new €1 million skatepark in Le Fanu Park is due to commence construction in January/February 2018.

Dublin City Council is funding the construction of this flagship project, which they say will be “in excess of €1 million.”

A spokesperson for DCC said: “The construction of the skatepark in Le Fanu Park, Ballyfermot is currently out to tender. The envisaged starting date for construction will be January/February 2018

“The consultation with the local community and the international competition which led to the selection of the successful design was funded by the Matheson Foundation and facilitated by the Irish Architecture Foundation (IAF).”

The site is located in Le Fanu Park, between the junctions with Le Fanu Road and Blackditch Road, adjacent to Ballyfermot Leisure Centre.

The London firm worked with DCC on the final designs of the project for the tendering process for contractors.

The project includes fencing, grass-mounding, pedestrian paths and bicycle stands with provision of CCTV and public lighting, in addition to play areas.