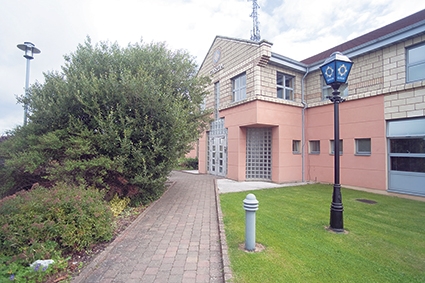 Residents slow to phone about attacks on CCTV cameras in communities

AT A recent policing meeting in Ballyfermot, gardai raised concerns that residents were unwilling to contact them with regard to attacks on CCTV cameras in the area.

However, residents at these public meetings often report their inability to get through to Ballyfermot Garda Station, or that they have to wait for hours for gardai to respond to burglaries and anti-social activity.

In the lead-up to Halloween, thugs attempted to vandalise the recently reinstalled high security camera in Cherry Orchard – while putting another camera out of action after setting it on fire.

Authorities already spent €80k this year repairing the high security camera at the junction of Cherry Orchard Avenue/Drive – knocked down by a stolen truck in May.

Gardai subsequently came under attack from gangs of youths whilst providing overnight security for workers to reinstall the camera – considered vitally important to combat organised crime in the area.

Speaking about the recent attack on cameras at the Ballyfermot meeting on October 26, Superintendent Brendan Connolly encouraged residents to contact the station.

“It is disappointing someone can’t pick up a phone,” said Supt Connolly.

“These cameras save lives. It’s not my community, folks. We’re not asking anyone to step forward.”

Deputy Smith said: “It is hard to believe. When the truth of the Crowe Howarth report (which found 1.9 million breath tests to be inaccurate) came out, we just don’t know. There is not enough accountability of gardai.”

Gardai in Ballyfermot have stated that frequently when they receive a call, nobody is around when they subsequently arrive at a location.

At a policing meeting earlier this year, Deputy Smith asked gardai if they could call the person who contacted the station, when they arrive in an estate “to say we’re here.”

An Inspector responded that gardai did not carry mobile phones on them.

“I find that quite baffling,” said Deputy Smith.

“It is hard to accept that response. A lot of people in the room at the time of that meeting, have been in a position where they have rung gardai two or three times, or multiple times.

“A lack of resources is just one excuse. More recently with the culture of data collection and lack of transparency, there is not much public confidence.”

Public representatives are hopeful the recent arrival of 10 new gardai to Ballyfermot at the start of October, will assist communication between the local station and members of the community.