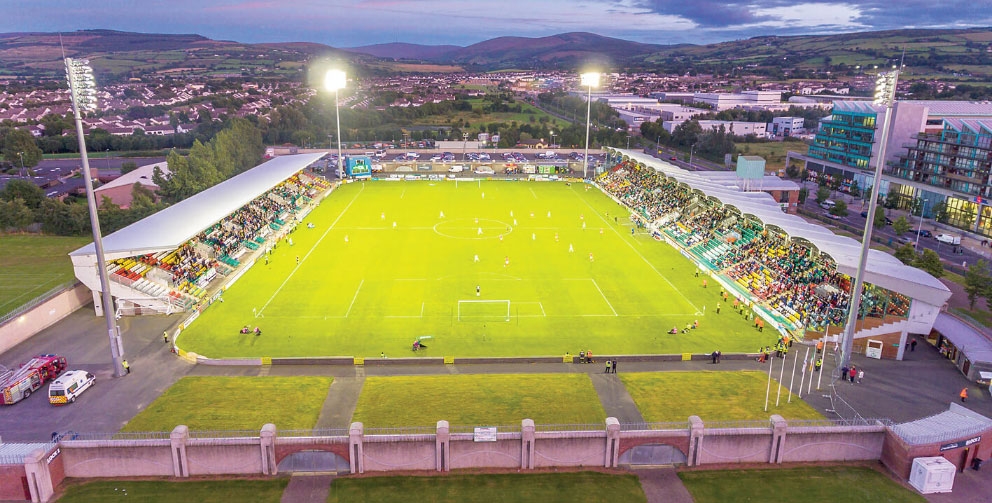 New Tallaght Stadium stand to be completed by September

TALLAGHT Stadium will see an increased capacity of over 2,000 following the completion of the construction of a new stand this coming September.

This is a sizeable increase at the home of Shamrock Rovers, which will see the stadium expand from its current capacity of 6,000 to ultimately house over 8,000 spectators.

The new stand, which is currently being built by building contractor ABM Design and Build Ltd, will be a single tier structure containing 2,183 spectator seats, which will be located along the southern end of the stadium.

Shamrock Rovers official Mark Lynch told The Echo: “It’s great to see the construction of the third stand, it shows that the council is fully committed to finishing off the stadium.

“It’s the best League of Ireland stadium in the country, and now it’s going to be even better.

“Aesthetically, having a third stand makes Tallaght Stadium a better place to watch a match, and it’s a positive thing on loads of levels.

“This is a great sign of investment in the area and it’s a great amenity to have.”

Mr Lynch added: “Our intention is to get as many people into Tallaght as we can.”

This follows protracted attempts by South Dublin County Council to secure a contractor to build the third stand last year, after the initial tender for the stand attracted two applicants whose tenders exceeded the capital allocation by €450,000.

The project budget guideline was in the region of €2m, and the council appointed a contractor after reissuing the tender late last September.

South Dublin County Council stated that it is anticipated that the new stand will be completed by the contractor in September 2018.