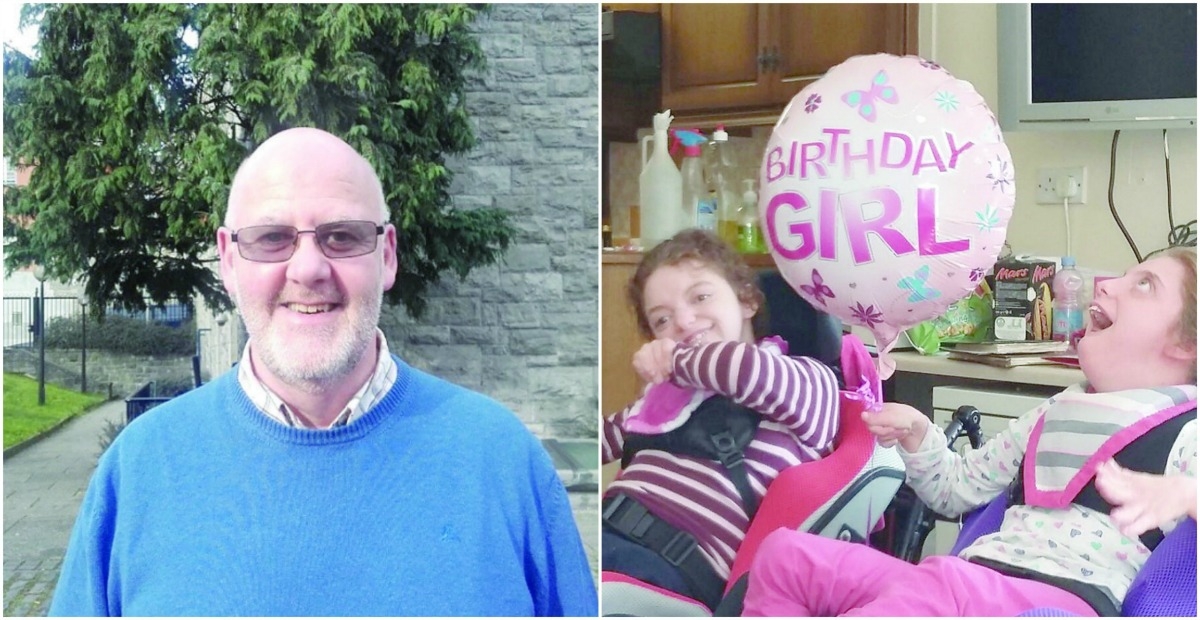 Now is the time to tell us about those Hidden Heroes

TO promote this year’s Hidden Heroes Awards, which are now accepting nominations, The Echo spoke to one of last year’s runners-up, Damien Douglas from Lucan, who said the awards “recognise the importance of helping other people”.

Anyone who has made a significant contribution to Irish society through their community, workplace, family or sporting excellence can be nominated.

The awards are sponsored by Hidden Hearing, but the nominees do not have to be deaf or hard of hearing to qualify – the awards honour unsung heroes from all walks of life.

Damien was nominated by his daughter Ciara and was runner-up for last year’s Family Hero award.

Damien retired from a position as Assistant Director of Nursing for the HSE to become a full-time carer for his twin daughters Ailis and Una, who have Wolf-Hirschhorn Syndrome.

The syndrome, a chromosomal abnormality, means the 22-year-old twins are non-verbal, wheelchair-bound and require constant supervision.

Damien works ceaselessly to highlight the difficult transition to adulthood for people with disabilities, when parents can no longer rely on schools or day cares.

He said: “The awards are, I think, not very well known, but they encourage people to keep going; they recognise people who are doing things that to them are ordinary, but to others may be extraordinary.

“I’m just a dad taking care of my daughters, I’m not doing anything out of the ordinary in my circumstances; we happen to have two daughters who require a lot of care.

“The awards are important because they highlight the selflessness that the recipients may not recognise in themselves.”

Hidden Hearing has a clinic in Brookfield and hearing aid stores in Kimmage and Terenure.

To nominate someone for the Hidden Heroes awards, go to https://www.hiddenhearing.ie/heroes before August 6; there are several categories to choose from, including Young Hero, Healthcare Hero, and Triumph over Adversity Hero.