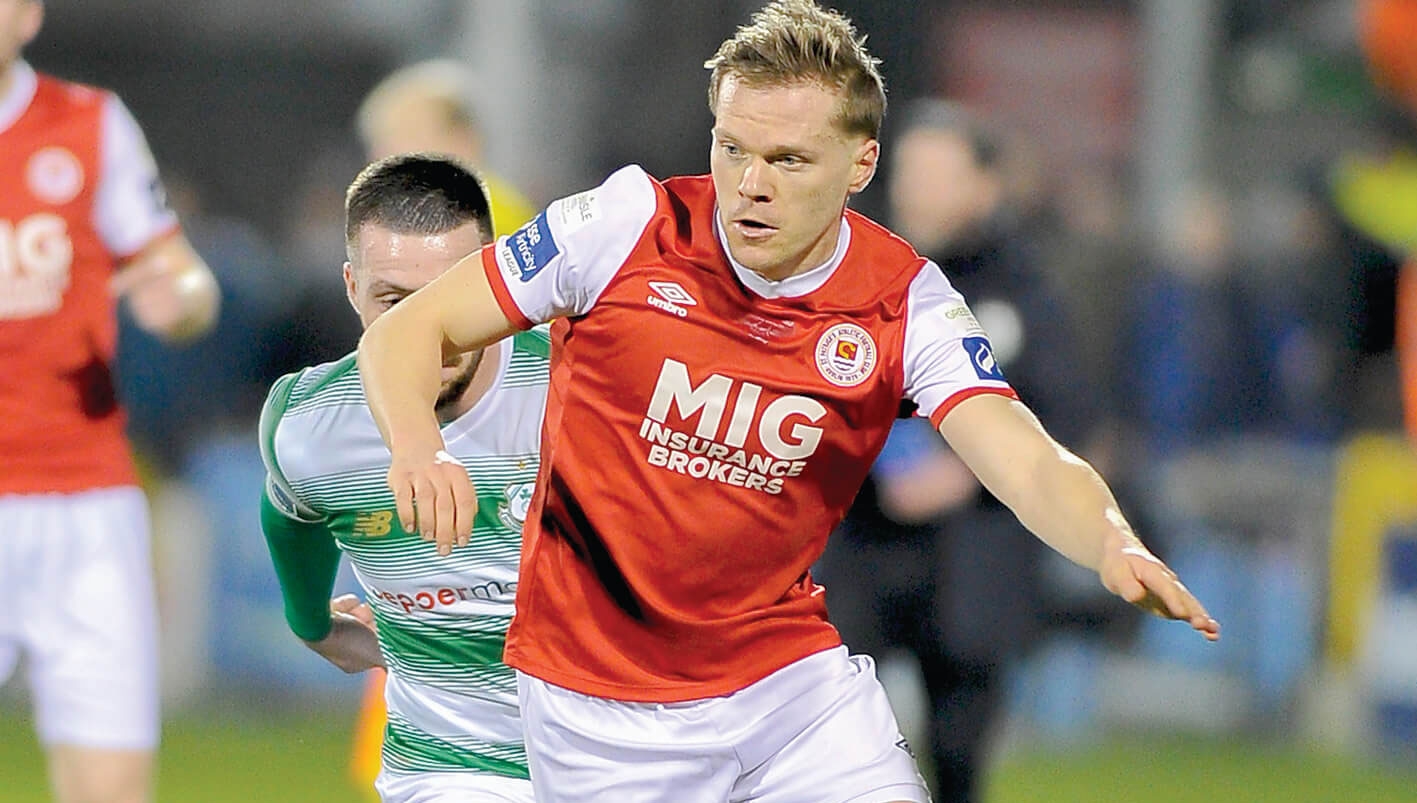 “Now we’re starting to get what we deserve”- Madden

Since being pipped by defending champions Cork in Richmond Park on the opening day of the season, Liam Buckley’s side have not suffered a league defeat at home.

They secured another three points there on Tuesday night when they fired home two second half goals to beat Sligo Rovers 2-0, Dean Clarke and Thomas Byrne supplying the scores to see them draw level on points with fourth place Derry City.

It is the Candystripes who provide their next challenge tomorrow night (Friday) back in Richmond Park and Madden believes it is a good time to be playing them.

Indeed while Pat’s have taken maximum points from their last three games without shipping a solitary goal, Derry have managed just one in the same period.

“We’re flying at the moment,” said Madden. “We were playing well at the start of the season, but just not getting the results, but now we’re starting to get what we deserve.

“We played well and created chances [against Sligo], but just weren’t taking them. Then we scored and we managed to keep another clean sheet.

“Teams above you dropping points is only good if you can take your three points and that’s what we’ve been doing.

“Now we’ve got a massive game against Derry at home on Friday. Our home record has been very good – we’ve only lost to Cork in Richmond Park this season.

“It’s so important to have a good home record if you want to do well in this league because it can be very hard going away and trying to get results.

“But the confidence is high in the team right now and we really feel we can keep this run going,” he told The Echo.

Following hot on the heels of the Derry challenge tomorrow will be trip to Tallaght Stadium for another big Dublin derby against Shamrock Rovers on Tuesday night.