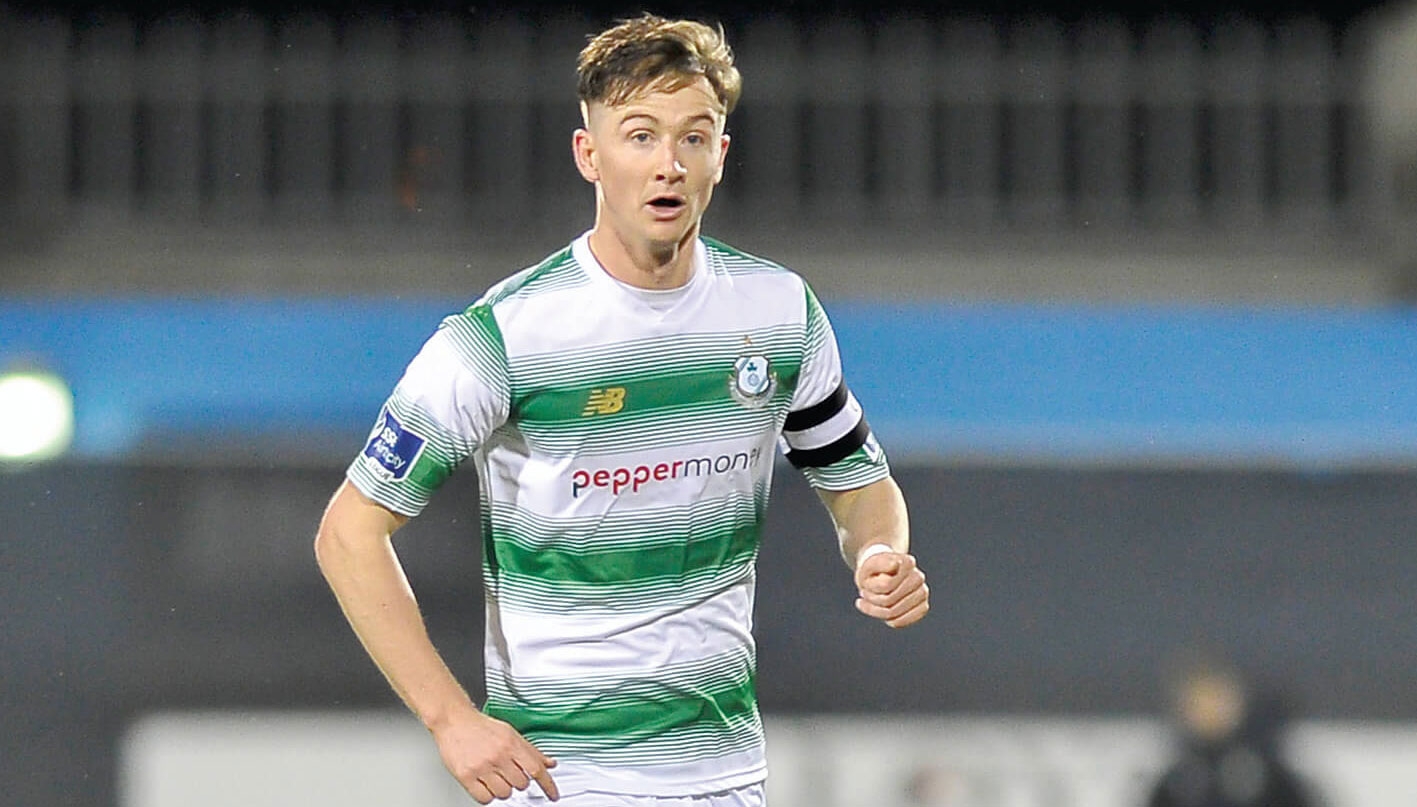 “The next couple of games will be huge for us” – Finn

RONAN Finn remains hopeful that Shamrock Rovers can find that level of consistency they need to see them back up in to the top four of the Premier.

The Hoops have served up some big wins this season, but these have been few and far between and the Rovers captain appreciates that this will have to be remedied in order to see them scale the Premier Division ladder.

Indeed after having convincingly beaten defending champions Cork City at home, Stephen Bradley’s side have managed just a point from their following two games against St Patrick’s Athletic and Waterford.

“It’s very frustrating for the home supporters, management and the players,” Finn told The Echo.

“We’ve shown more than once this season the quality that we have, but on the other side of that, we’ve been a bit sloppy and it’s really about trying to maintain that level of consistency.

“We’ve shown that we can take points off anybody in this league and the next couple of games are going to be really huge for us because we really can’t be dropping any more points if we want to push up the league. We’ve got to treat every game like a cup final now,” he stressed.

Rovers travel to the Showgrounds on Saturday to take on Sligo Rovers before welcoming back St Pat’s to Tallaght on Tuesday.

After seeing his side slump to a 2-0 defeat to their Inchicore rivals at the start of this month in a match that saw them lose the services of Joey O’Brien to a red card after 40 minutes, Finn is glad to get another crack at their near neighbours so quickly

“I’m probably the most happy that that game is coming back around so quick,” he said

“Looking back on that match we really shouldn’t have lost it and as a player I just hate getting beaten in those kind of circumstances.

“This is a good opportunity for us to make amends and we’ve just got to be targeting maximum points.

“But we can’t look beyond Sligo. They’ll be really up for it when we come to town.

“We played them already at home and beat them 1-0, but it was a very tight game so we’ll be giving them the respect they deserve.

“In fairness, they play a good brand of football and the pitch there is in good condition so that should suit us,” he insisted.

Rovers will be coming into this match off the back of a 1-1 draw against Waterford in Tallaght last Friday- a game that Finn felt they could have taken more from.

“I thought it was a very tactical performance by Waterford where they dominated the first half, but we really took off in the second half and when we got that equaliser it look like just one team was going to win it. We’ve got to draw confidence from that,” he insisted.