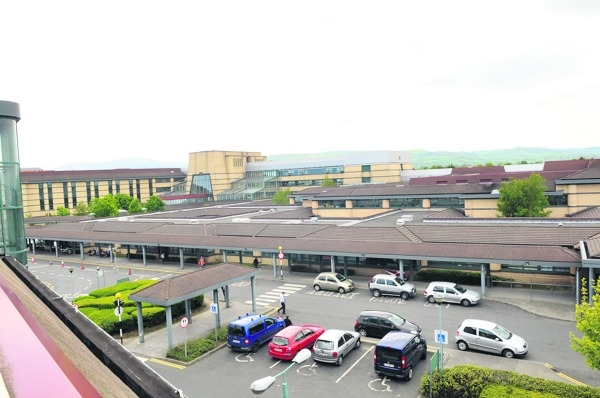 THE number of patients lying on trolleys in Tallaght Hospital doubled in the space of 48 hours this week, as the number of people waiting for a bed jumped from 21 on Monday to 40 on Wednesday – the highest in Dublin and second highest nationwide.

The Echo understands that 11 of these 40 patients, a number of whom are in their seventies and eighties, were on trolleys for more than 24 hours – a situation which A&E consultant James Gray believes highlights the year-round trolley crisis hitting hospitals.

“The trolley crisis is a year-round problem, it’s not seasonal”, Dr Gray told The Echo.

“Over the winter period it’s in every newspaper and on everybody’s radar, but it tends to be forgotten about in the summer months.

According to recent figures released by the Irish Nurses and Midwives Organisation (INMO), there were 448 people on trolleys nationwide on Wednesday (May 31) – 119 of whom were based in Dublin hospitals.

At Tallaght Hospital, 40 people were lying on trolleys on Wednesday, compared to 21 on Monday and 36 on Tuesday.

These 40 patients, many of whom were elderly and in their seventies and eighties, had presented with a range of problems such as chest pain, headache and severe abdominal pain – and had been seen by the emergency department team and were awaiting admission.

“At the moment Tallaght Hospital has an increase in numbers attending the A&E, but a reduction in the amount of people being discharged,” Dr Gray said.

“You would expect that coming into June that numbers on trolleys would be at their least, but they’re not and we have [on Wednesday] 40 people neglected on trolleys, subjected to very poor conditions and a lack of dignity.”

He added: “This situation slows down the whole system and we have patients all over the place, in cubicles, resuscitation areas, non-designated areas – which creates a fire evacuation hazard.

“Staff are working very hard in a very difficult environment and doing everything they can, but there is simply just not enough beds.

“There is nothing more I can do for patients who are waiting on trolleys in A&E for a bed, they need to be up in a ward getting appropriate care.

“The system is broken and in years to come we will look back on this as a failure of the State.”

On Tuesday, a cross-party ten-year plan for the health service was published by the Oireachtas Committee.

However, while welcoming cross-party support, Dr Gray said that action is now needed on the report and an investment made into areas such as recruitment and beds.

“There has been an unexpected increase in the number of patients attending the emergency department in the last few days, which is not reflective of anything specific.

“Patients are reminded to attend their GP in the first instance and avoid attending the emergency department unless in the case of emergency.

“The hospital thanks the public for its co-operation during this busy period.”