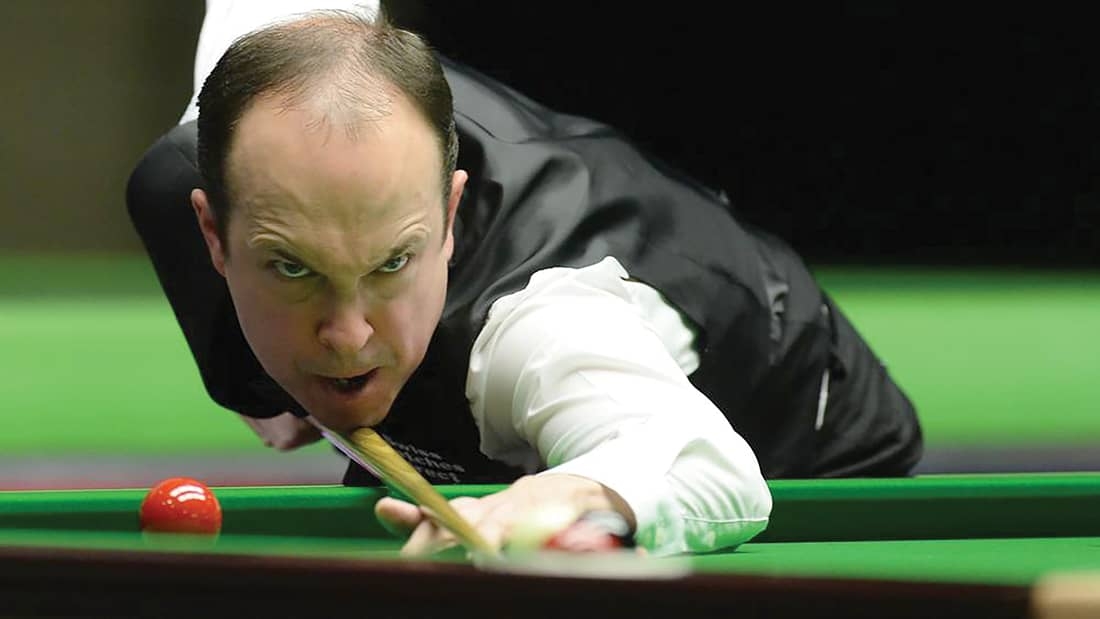 FERGAL O’Brien remains upbeat despite narrowly missing out on a return to the Crucible following his dramatic 10-9 defeat at the hands of Liang Wenbo in their World Championship final qualifying round clash in Sheffield late last month.

The Lucan man’s loss received even more attention because of the fact that Wenbo clearly appeared to commit an undeclared foul when his cue hit a red as he played a safety off the pack.

Yet he continued on to string together a superb break of 141 that earned him further passage to the Crucible.

“It was disappointing to lose out when you’re so close to qualifying for the Crucible” admitted O’Brien who contested the deciding frame in the final qualifying round for the fifth time in the last ten years.

“I didn’t find out about the red until the day after. I could have put him back [on the table] and it might have altered the outcome.

“But I’ve still retained my tour card for the next two years. Had I lost to Luca Brecel in the previous round it would have been  worse because I would be over at Q School trying to keep my place.

“There’s about a 160 players in it so you could be playing five to six matches and, while you might fancy your chances, by no means is it certain that you’d get back on the Tour.

“But I’ve got my card for the next two years and that’s the important thing.

“I haven’t been able to practice since I got home because I’ve had to quarantine and it’s going to be a busy few months from September through to December.

“There’ll be about nine tournaments and all of them will be in the UK. You’d usually have four or five of them in China, but they won’t be on until next year.”

First up for O’Brien is likely to be the Championship League which will involve 128 players in four groups of 32.

This will be followed by the European Masters, the English, Northern Ireland and Scottish Opens as well as the UK Championships.

O’Brien is not ceratin as to how the COVID-19 crises will affect the rest of his year especially the whole issue of travel and quarantine.

That could have a significant affect on where he will be based depending on how successful he proves to be over the course of the next few tournaments.

“I’m at home now watching the snooker which is not bad, but after a while you do get browned off with it” said O’Brien who will be itching to get back in preparation for the start of the season next month.

Winner of the 1999 British Open and finalist in the Masters two years later, O’Brien has never been off snooker’s Main Tour since turning professional back in 1991.

He has several records to his name and has reached the finals of other major tournaments in the sport such as the Masters and Northern Ireland Trophy, taking some notable scalps along the way.

From becoming the only player to date to register a century in his very first frame in the Crucible, to becoming the second oldest player to hit a 147, he is the only man to have carded five centuries in a best-of-11 match.

O’Brien’s near 30-year long professional career and his superb achieve-ments were recognised last December, when he was inducted into The Echo Sport Hall of Fame at the annual gala night in the Green Isle Hotel.

NEWER POSTKearney serves up more Masters record-breaking performances
OLDER POST“We must be relentless, keep working hard and be ruthless at all times”