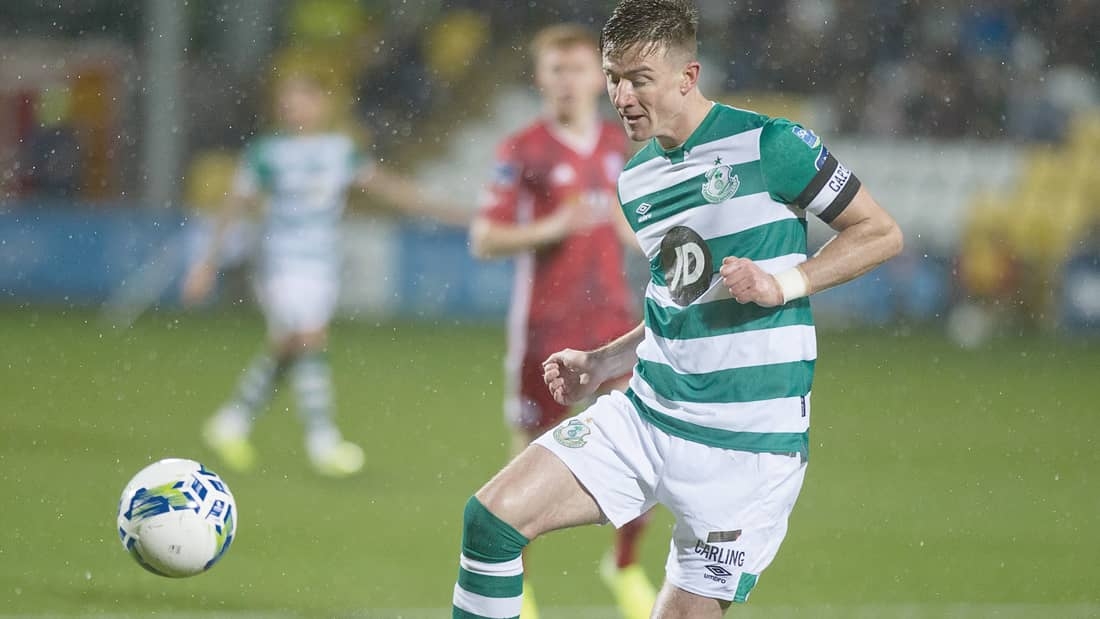 “We must be relentless, keep working hard and be ruthless at all times”

SHAMROCK Rovers will be hoping to follow up on their impressive come-from-behind victory away to Derry City at the Brandywell when they travel to Richmond Park for Sunday’s Dublin derby against St Patrick’s Athletic.

Stephen Bradley’s side have every reason to be in confident mood heading into this match given their fine form so far this season coupled with their impressive record against their Inchicore rivals in recent encounters.

Indeed the Hoops, who this week were drawn against Finnish side Ilves Tampere for a home tie in the Europa League before drawing Cork City at home in the FAI Cup second round, have won all seven of their Premier Division matches so far in this truncated Airtricity League campaign, leaving them six points clear of second place Bohemians and eight the better of defending champions Dundalk in third.

Yet Rovers skipper Ronan Finn has warned about allowing any complacency to set in at this point especially in the approach to a derby against a St Pat’s outfit very much in need of points to remain among the European berths.

“The only thing we can do is treat every team with the same  respect that we have so far” Finn told The Echo.

“As soon as we start thinking complacently, we will get punished. It’s best to look at each game individually, doing our research, coming up with a game plan and trying to execute it on gameday. We must be relentless, keep working hard and be ruthless at all times” he stressed.

Rovers demonstrated that resilient side to their game last weekend when they battled back from a goal down to edge out Derry 2-1.

Trailing to a Walter Figueira goal after 35 minutes, the Tallaght side battled back to take the lead by way of a Colm Horgan own goal on 78 minutes followed by, what proved, a winner from Roberto Lopes three minutes later.

Finn praised his side’s resilience saying, “It was very important for us to keep the momentum up.

“It was a very difficult game and coming back from 1-0 down with 15 minutes left to winning 2-1 was a real positive for the group and it keeps adding on points to the board.”

While Rovers are coming into Sunday’s match in buoyant mood St Pat’s have had to endure a more rocky start and will be looking to focus on their 2-0 victory at home to Finn Harps in the league last Friday rather than their 1-0 reversal in the FAI Cup against the same opposition in Ballybofey on Monday.

Last week’s win served to propel the Saints into fourth place in the league and they would love nothing more than to rip of the expected script against Rovers on Sunday.

But, given that they managed only a point from their four games against their Tallaght rivals last season, manager Stephen O’Donnell knows his team will have to produce a top-drawer performance if they are to bag the spoils this time around.

When asked if the two teams’ head-to-head results from last year means anything for this upcoming derby, the Rovers captain said, “No not necessarily. They have a new manager in Stephen O’Donnell and St Pat’s are a really good side.

“Previous games get thrown out the window. It’s a Dublin derby and a really good test for us. “Every time we played St Pats it’s a very close game so we take no club for granted and we have to play really well if we want to get the right result” he insisted