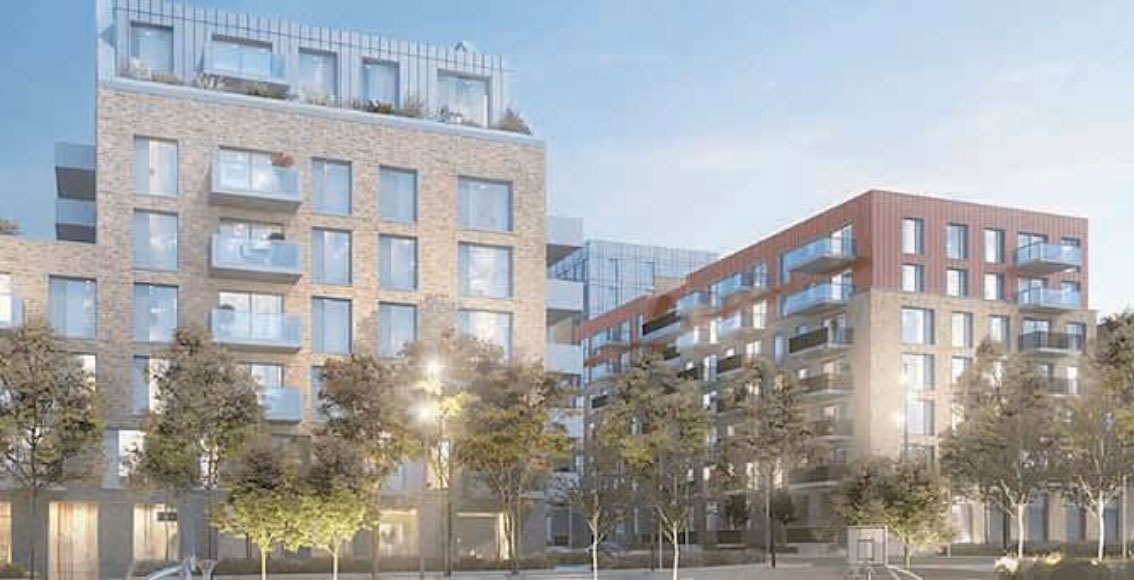 THE VOLUNTARY community group Tallaght Community Council (TCC) has submitted an objection to An Bord Pleanála in relation to the planned development of 438 apartments, a 403 bed-space student accommodation scheme and a new urban quarter on a 7.2 hectare site off the Belgard Road.

As previously reported in The Echo, Marlet property group acquired the site for a reported €16 million in 2017, with a number of individual units assembled into one land package for the sale.

The site, which has been called Belgard Garden in the developer’s application for planning permission, stretches back towards the Belgard Retail Park, and contains a number of vacant buildings that were once home to Cuisine de France, Uniphar and Kerry Group.

The proposed development will include the demolition of all existing buildings.

Atlas GP Ltd has applied to An Bord Pleanála using a fast-track system, for permission for a “strategic housing development”, which will consist of a mixed-use residential development across five blocks, including a new urban quarter and streets.

The proposed development has gone straight to An Board Pleanála, following a pre-application consultation with South Dublin County Council, due to new fast-track legislation introduced last year in response to the housing crisis.

Within the 438 apartments are also eight live/work units for people working from home who require an office space.

Purpose-built student accommodation and associated amenity facilities are also included in the plans.

A 403 bed-space student accommodation scheme of six- to nine-storeys in height is also proposed.

The student scheme also provides for a common room, gym, study room, laundry room and reception/parcel station and staff facilities to include offices, kitchen and shower facilities, and provision for a public plaza of around 2,366 sq. m is included in the plans.

TCC has lodged an objection to the plans on a number of grounds, including concerns that there is a “lack of housing-type mix”, that the development is build-to-let and that the ratio of commercial units in the development is “tiny” compared to the residential aspect.

In terms of TCC’s view that there is a poor mix of housing type in the development, the community group stated in their objection that the lack of duplexes or houses will “actively turn away families”, while they also claimed that the student housing portion of the development is “too large and way too dense”.

The community group also expressed concerns about the “lack of clarity” relating to the phase two of the development, the details of which have not yet been lodged.

Further to this, TCC also took issue with a perceived “lack of ambition” in the form of the civic plaza, and they also voiced concerns about fire safety and questioned whether fire trucks with ladders that could reach ten storeys are available in the area.

A decision on the proposed development has not yet been made by An Bord Pleanála.