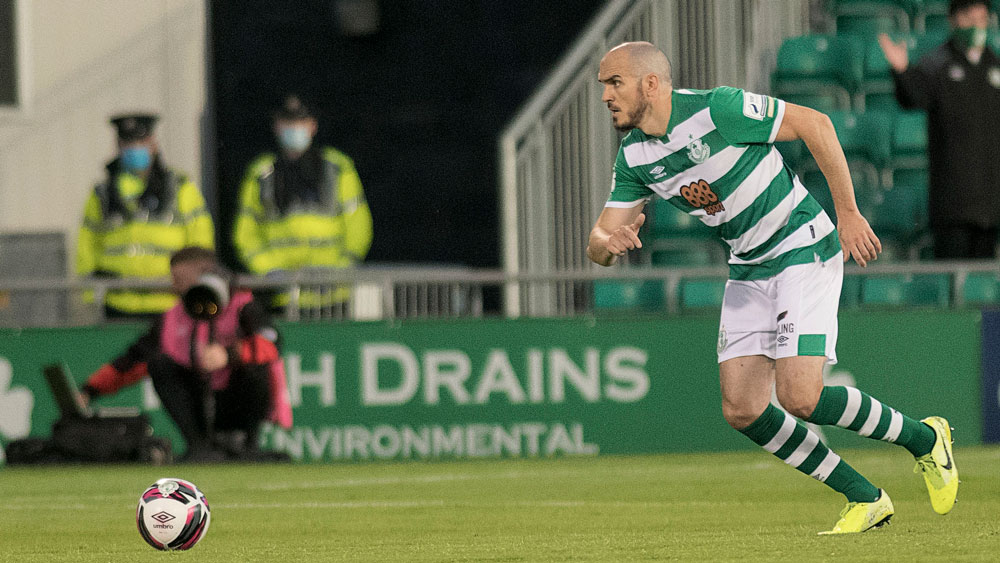 O’Brien parts ways with the Hoops

SHAMROCK Rovers defender Joey O’Brien will part ways with the Hoops having taken up a coaching role among Damien Duff’s backroom team at Shelbourne FC.

The club today announced that the defender has decided not to re-sign as a player for their 2022 squad, saying in a statement ‘As a self-professed Rovers fan, we understand that this was not an easy decision for Joey to make and we wish him well.

‘He has been part of the playing group that has won a trophy in each of the last three seasons and will be missed by the squad, management, and the fans.’

Indeed, since signing for Rovers back in 2018, O’Brien has made 85 appearances for the first team, scoring four goals.

And that period with the Hoops has not been shy of silverware with O’Brien helping the Tallaght side to back-to-back Airtricity League honours as well as FAI Cup success.