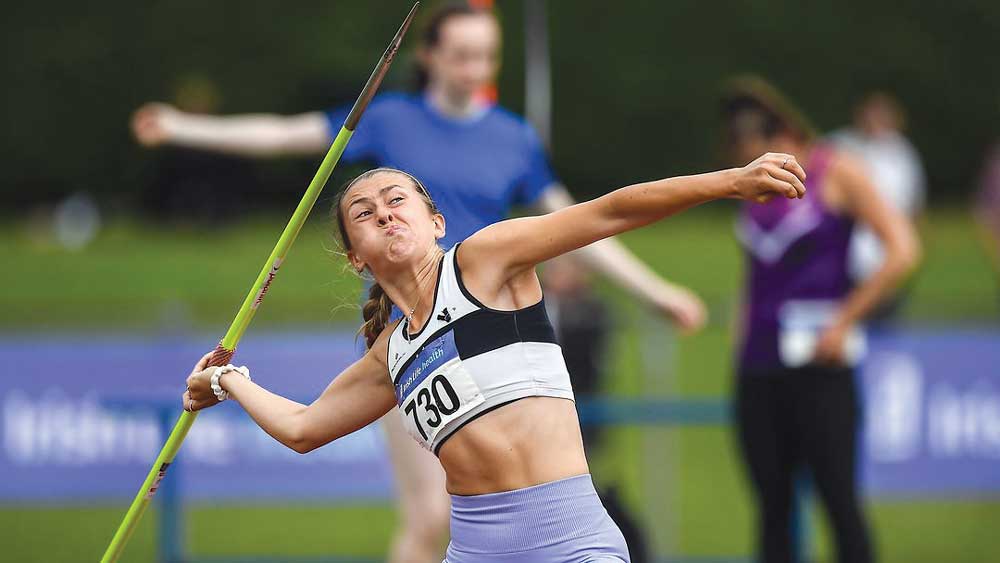 The Lucan woman recorded a great start when winning her first event, the 100m Hurdles in a new personal best and club record time of 14.33.

Day Two began equally as well for the Donore multi-eventer after she won the Long Jump with another PB and club record clearance of 5.38m.

While she picked up a leg injury she opted to continue in the competition and was please to launch her javelin out beyond 30 metres for a best distance of 30.89m that brought with it a further 493 points.

Breaking the 5000 points-target required a good 800m run – not an easy task when contending with a leg injury and an untimely torrential downpour.

Still, she ran from the front, passing the bell in a minute and 12 seconds before ultimately crossing the finish line in 2.27.94 for a superb victory that was six seconds short of her PB.

Nevertheless, the statistic that really mattered was the 719 points gained that saw her emerge with a final score of 5003 points.

The new mark was not only a personal best, but also a club and Dublin County record as she finished exactly 1000 points ahead of silver medallist, Louise King of St Colman’s South Mayo.

Meanwhile, O’Byrne’s clubmates, Zion Osawe and Melody Omozee lined out in the Under 14 Girls Pentathlon placing ninth and 11th overall.