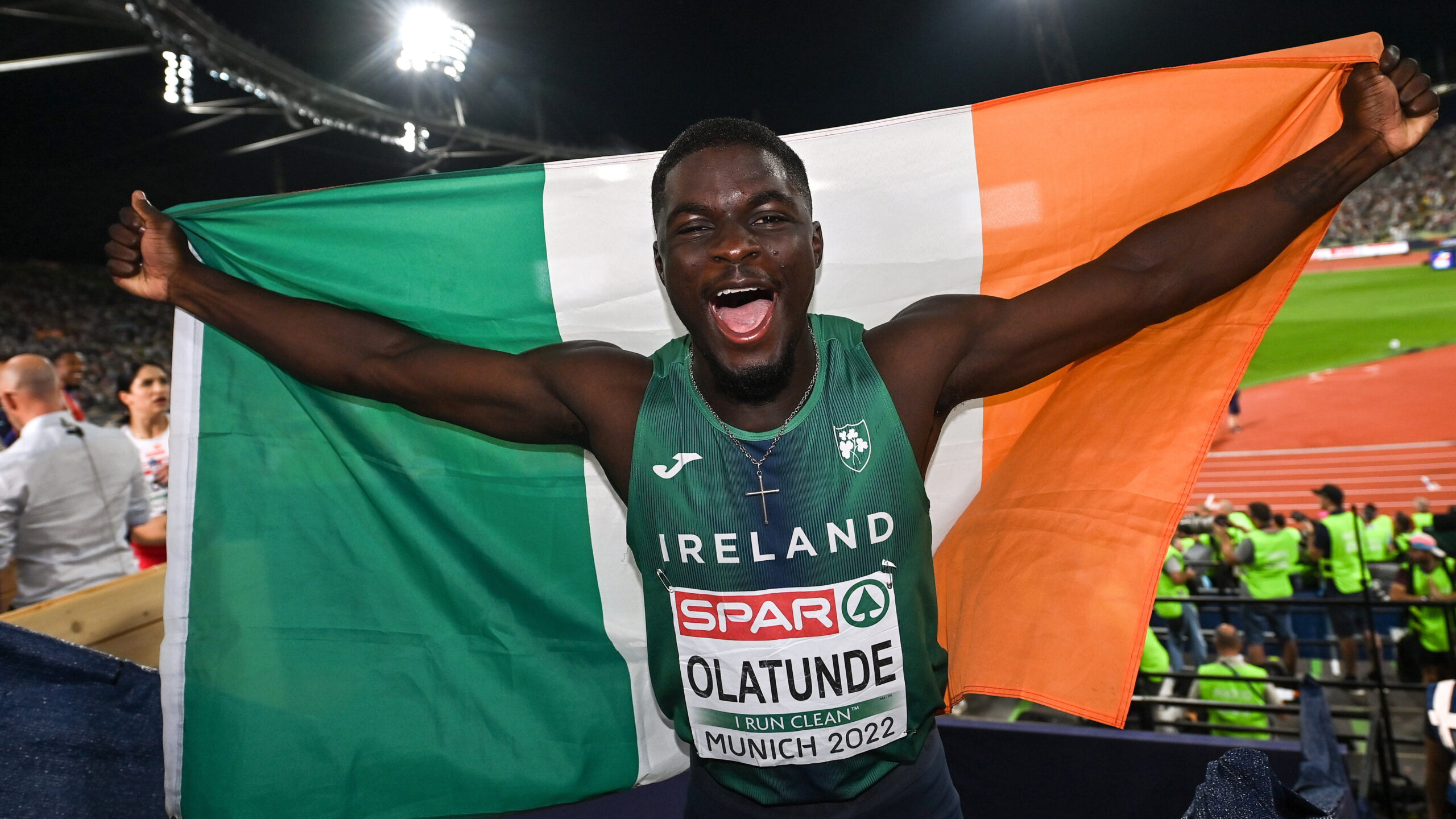 Israel Olatunde of Ireland after competing in the Men's 100m final during day 6 of the European Championships 2022 at the Olympiastadion in Munich, Germany. Photo by David Fitzgerald/Sportsfile

The UCD athlete who trains under Daniel Kilgallon in Tallaght Athletic Club, had earlier produced a stunning performance over the closing 50m of his semi to finish second and become the first Irish man to line out in a European Championship 100m medal race.

And it was in that final that he surpassed the previous national best time set by Paul Hession some 15 years ago by clocking 10.17 on his way to sixth.

The final was won by Olympic champion, Marcell Jacobs from Italy in a time of 9.95 that equalled the championship record, with Great Britain pair Zharnel Hughes (9.99) and Jeremiah Azu (10.13) second and third respectively.

Given that he was only 0.04 off a medal at these championships, it comes as little surprise to see the 20-year-old Olatunde strongly tipped to become one of the greats of Irish athletics.

Both he and Tallaght Athletic Club’s Joseph Ojewumi are part of the Ireland 4x100m Relay squad that is due to line out at the European Championships on Friday.

Later tonight, Tallaght’s Rhasidat Adeleke, who herself previously trained under Kilgallon, will run in the European 400m Final after she finished third in her heat yesterday.