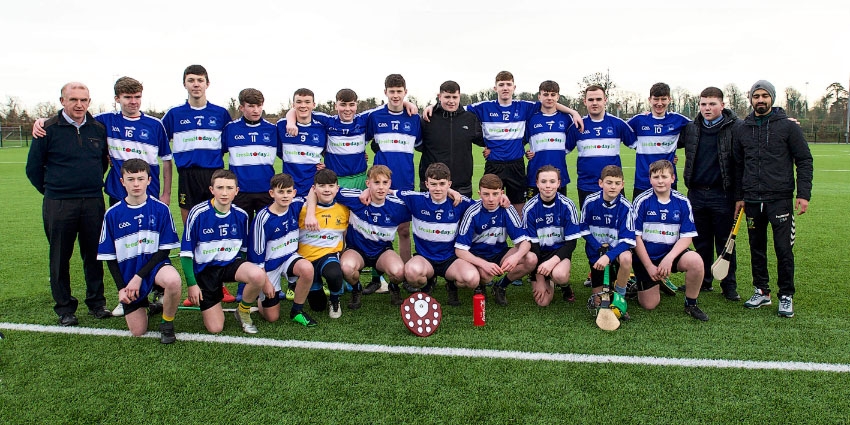 A goal by full-forward Fionn Lynch got Old Bawn’s scoring up and running with a pull from the edge of the square before Moyle Park’s Senan Walsh responded with a goal of their own.

The Clondalkin side shot into the lead with three points all from Walsh, who plays centre-forward for Round Towers, to send them cruising towards half-time with a two-point lead.

However, when the Tallaght sides midfielder Conor Fulham scored a looping goal from distance it capped off a brilliant spell of five-minutes where they shot into a 2-4 to 1-3 lead by the interval.

Walsh glanced another point for Moyle Park before corner-forward Mathew O’Meara netted after being found by a brilliant Sean Sheridan pass. Old Bawn re-established their healthy lead when Karl McGill and Stuart Barrett fired to the net before Stewart’s goal towards the end that saw him go on a bursting run down the left, cut inside and shoot off his left to tighten their grip on the cup.

Although, the Park’s Sheridan scored a goal that saw him show his blistering pace through the centre field and belted one home but it was too little too late as Old Bawn had already done enough to win the D1 final.