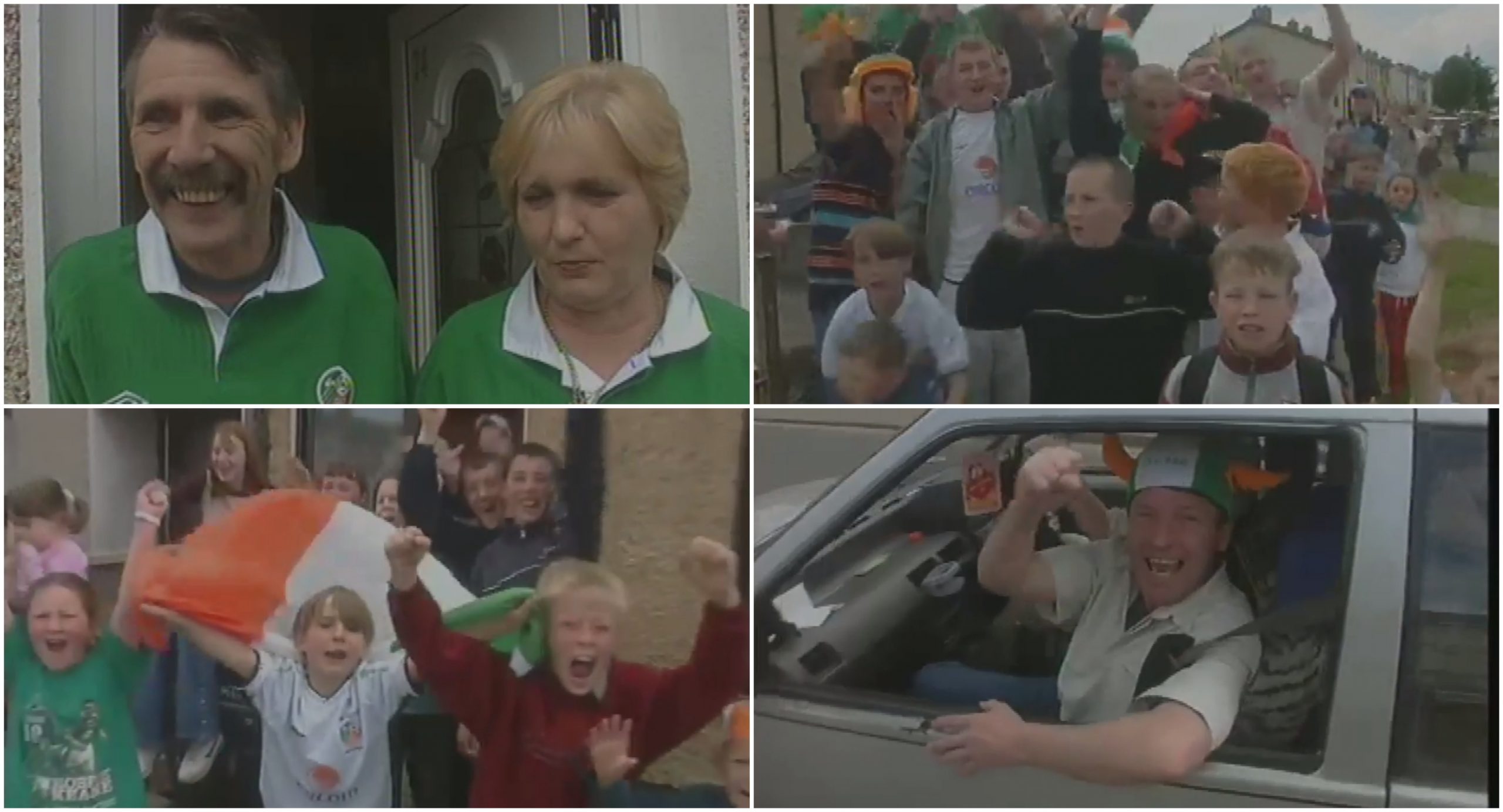 On This Day: Robbie Keane’s family in Tallaght watch him score in World Cup 2002

On this day in 2002 the Republic of Ireland took on Saudi Arabia in their final World Cup Group E game, and in Tallaght there was huge celebrations as the community’s favourite son again hit the back of the net.

The RTE cameras travelled to Robbie’s home of Glenshane for the game in Yokohama as his family came together to watch him score the second of three goals for the Boys in Green in a 3-0 win.

That result sparked huge celebrations across the country, and the streets of Glenshane quickly filled with residents celebrating the achievements of one of their own.

The result saw Ireland finish second in their group, and they went on to face Spain who eventually beat Mick McCarthy’s men 3-2 on penalties after the tie had finished 1-1 after extra-time.