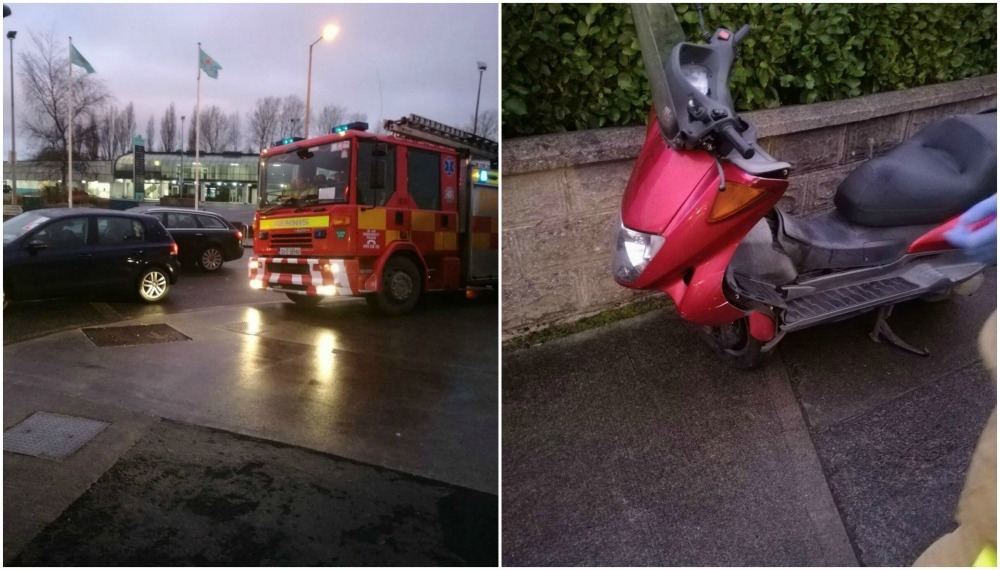 One person taken to hospital after early morning collision

One person was taken to hospital earlier after an early morning collision involving a car and motrorbike in Rathfarnham.

The road traffic collision on Butterfield Avenue was tended to by units of Dublin Fire Brigade from Rathfarnham.

Earlier this morning our Rathfarnam fire engine and Ambulance responded to this Motorbike v Car RTC. 1 to hospital. #thinkbike pic.twitter.com/J9PRt0teOJ

The incident led to some delays in the area, but the collision was eventually moved after emergency services arrived.

In an update earlier, DFB said: “Earlier this morning our Rathfarnham fire engine and ambulance responded to this mortorbike v car RTC. 1 to hospital.”