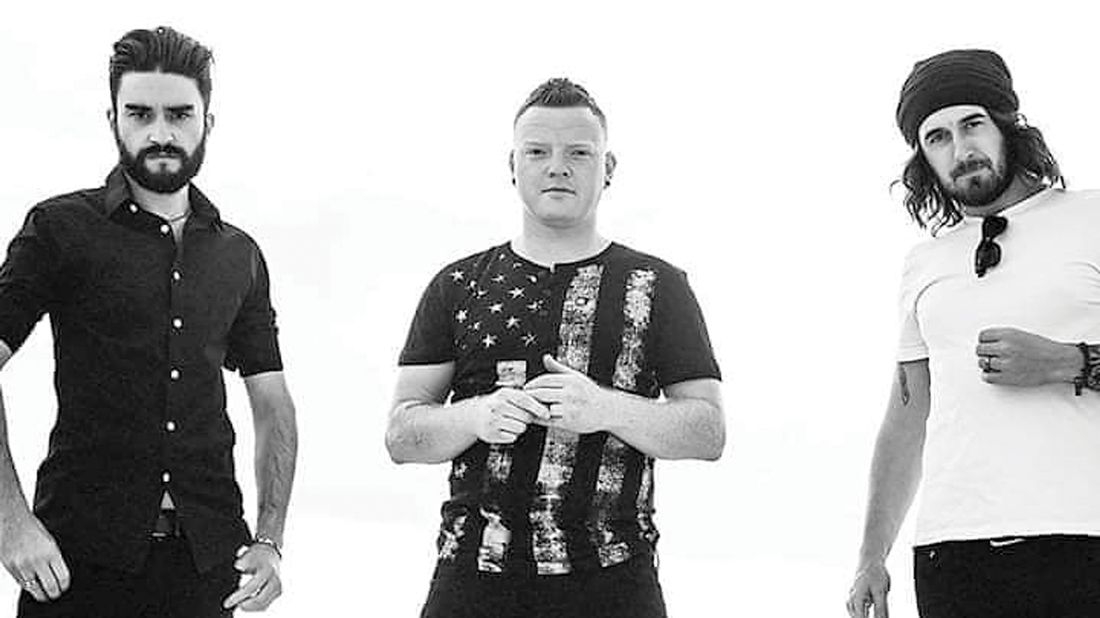 An Irish rock band took to the stage last month for the first time since lockdown began, when they played two sold out drive-in concerts in Northern California.

ONOFF, which consists of frontman and Crumlin native Paulie, bassist and Clondalkin man Dave, and drummer Stevie, have been based in Sacramento for a number of years, and after a string of their St Patrick’s Day gigs were cancelled as a result of the pandemic, they decided to release some new music.

After releasing a new single, ‘Closer’, back in April with hip-hop artist DuPree the Bay Bully, the trio then turned their attention to returning to the stage, and they decided to set up the drive-in shows.

While the environment at the drive-in shows was different compared to a typical concert, the performances went down a storm.

The trio took some time out to speak to The Echo about how the drive-in shows went, the release of ‘Closer’, and the potential for some hometown shows on the horizon early next year.

What was it like to be on lockdown in California?

Stevie: It was as strange here as anywhere else, I suppose. There was, and still is, a lot of uncertainty as to how and when shows will come back to normal, but I think we’ve definitely used the lockdown to our advantage.

We’ve had more time to focus on certain aspects of things that we didn’t really pay much attention to before, like live streaming shows and things like that.

When did you decide you were going to do drive-in shows?

Paulie: After a couple of months of cabin fever and not playing, we decided we needed to do something positive for everyone and for ourselves.

We came up with the drive-in idea after seeing something similar in Germany.

The site of the drive-in is where we put on our annual music festival, so we knew we had a location to pull it off. Being that it’s such a unique and different formula for a show though, we decided to bring in a film crew to document the whole thing, which will hopefully be released as a DVD very soon.

Dave: The rehearsal aspect of things was quite normal, because we are quite far apart anyway when we are jamming. We kept our social distance and got on with things.

We didn’t have any distance restrictions here, like they did in Ireland or other parts of the world, so it was nice to be able to get together and play music.

What was the experience of playing a drive-in show like?

Stevie: Playing the two back-to-back drive-in shows was a lot of fun. We really didn’t expect such a warm response from everyone that attended but they really made themselves heard. It was a unique vibe, for sure.

You released a new single, ‘Closer’, back in April with DuPree the Bay Bully, what was it like to collaborate with him?

Stevie: Dupree is a close friend of the band and obviously a seriously talented artist. We had a lot of fun collaborating with him and recording the new single. It was definitely a fresh approach for us, delving into the hip-hop scene.

What plans are in the pipeline for ONOFF in the coming months?

Paulie: Right now, we’re putting our focus into writing a new album. We’ve been rehearsing some new material over the past couple of months, just fine-tuning everything and getting it ready to record.

So, as soon as we are given the green light to go back to playing shows at full capacity again, we will hit the ground running. We may even have a show or two in the pipeline back home in Ireland early next year, so watch this space…