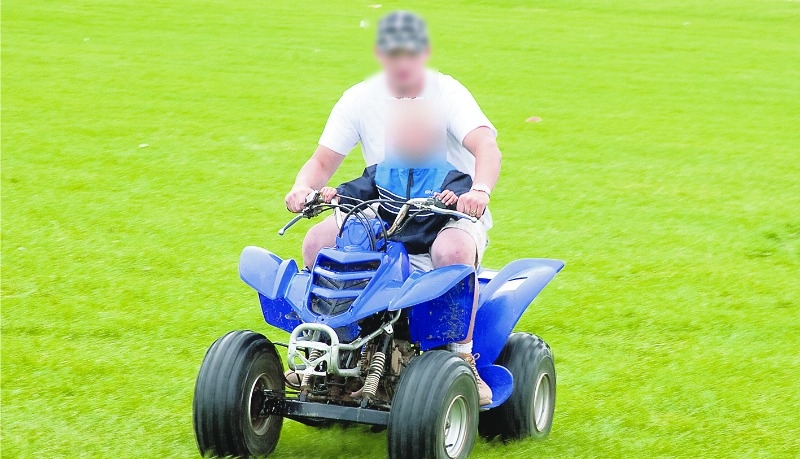 IT’S A COMMON enough sound to hear in some suburbs. They can be louder than lawnmowers, the high-revving screech going up and down an estate road.

And it can just go on and on until little Johnny decides to take a break. It’s an unlicensed scrambler that has imposed on your peace and quiet.

Sometimes you might even get to see them. One fellow will do a wheelie for over 100 metres up a main road oblivious to any other road user.

He is probably uninsured, unregistered and unlicensed – the scrambler bears no registration plate and is probably not roadworthy.

At this time of year, it is common enough for some parents to buy scramblers and quad bikes as presents for their children.

What the parents may or may not know is that unless the bike has been registered, taxed, insured and brought up to the correct standard, it is illegal for it to be used on the public road and it is also illegal to use these bikes in public parks and open spaces.

The message must go out that they are not suitable presents unless you have a private open space to use them on, or if your child is involved in motorsport.

Parents also need to ensure their child is wearing the right protection, is trained in how to handle the bike, and is responsible enough to only use it in suitable locations such as official race tracks or on private property if they have received permission from the landowner.

There have been too many accidents involving unlicensed scramblers and quad bikes over the years. We have enough problems with deaths on our roads without adding to them. There will be deaths over the Christmas season on the roads.

There is no need for another child to die riding a scrambler or quad bike. Don’t give them as presents, maybe give motorcycle lessons instead.