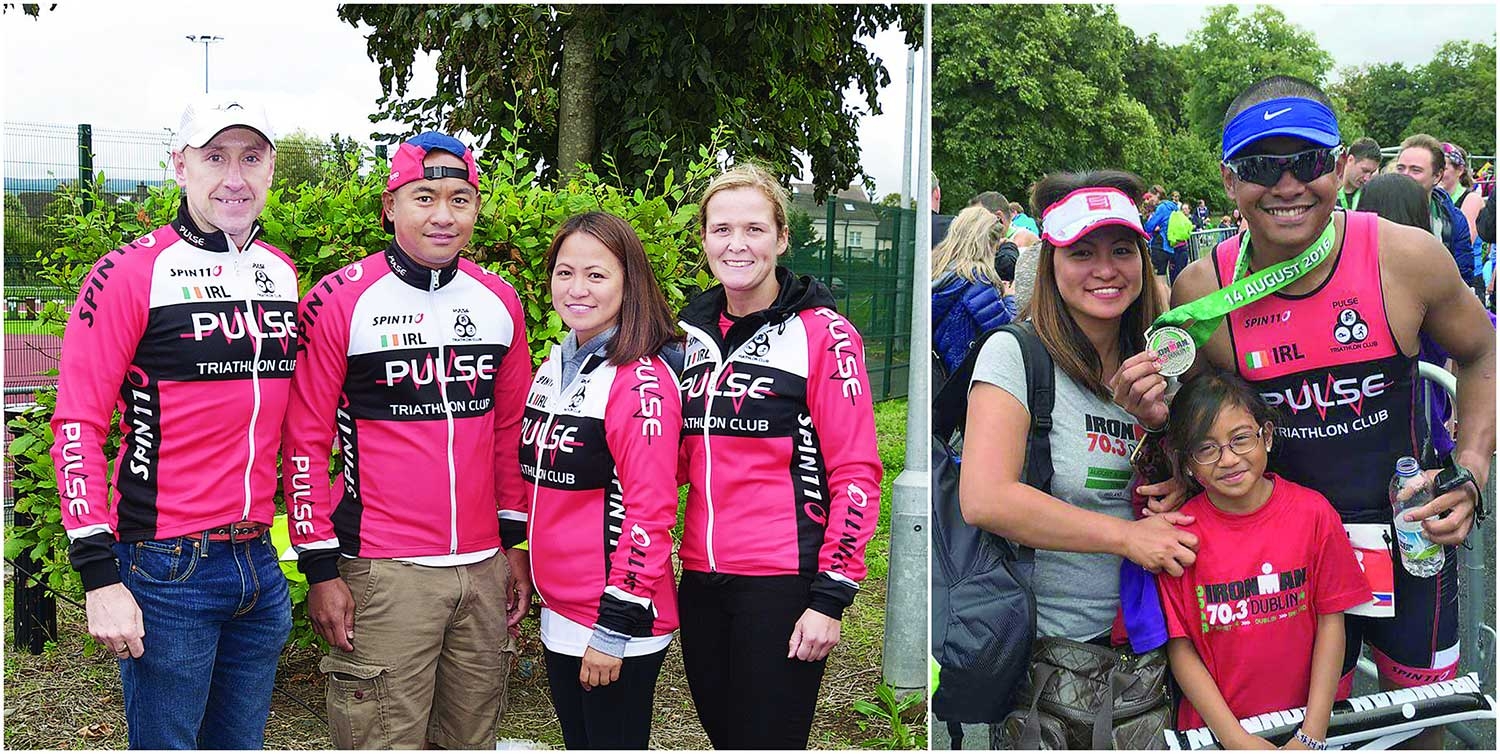 Over 100 children race, cycle and swim in memory of brave Michaela

The father of a nine-year-old girl who died while swimming in a community pool in Tallaght earlier this year has spoken about how keeping active has helped him cope with the loss.

Her father, Michael, credits keeping active with helping him cope with the unexpected loss of his daughter.

Speaking to The Echo this week, Mike said he and wife Yvonne, a nurse at St James’s Hospital, are taking each day as it comes.

He said: “I was there that night she died. It just happened. It’s hard.

Mike is a member of the Dublin Bay Running Club and the Pulse Triathlon Club. He said that staying active with local clubs helped deter him from making unhealthy decisions to deal with his grief.

He said: “When we lost her . . . in the first couple of weeks I was drinking every night.

“I was almost becoming an alcoholic. My wife [Yvonne] said that I should start racing again, and that’s what I did.”

On September 25, Mike completed the Barcelona Ironman with a time of 11:59.

Like her father, Michaela Gonda was also involved in sport.

Michaela, who was born with a congenital heart defect, received surgery when she was four months old and again in 2015 when she had a valve replacement.

It is believed a heart condition resulted in her death, though her family has not yet received the results of the post mortem.

Mike said: “Aside from [the surgeries], she was doing well. She was very active. All the time, I was asking the doctor if she was able to do different sports.

“The doctor said it was no problem, but that she had to avoid doing contact sports.”

Michaela’s life and participation in athletics was celebrated recently with a junior triathlon in Tallaght dedicated to her memory.

Over 100 children competed in the swim, cycle and run in Tallaght, with €1,100 raised by the event.

The money raised will benefit Heart Children Ireland, a support group for parents and families of children with a Congenital Heart Disorder that helped Michaela.

Pulse committee member and Dublin Fire Brigade firefighter Liz O’Connor, who was at the Balrothery sports complex when Michaela died, began organising the event three months ago to honor her memory.

She told The Echo: “We had 124 kids on the day ranging from 6-14, from the local area, from our club Pulse and from Athy, Fingal, Belpark, Wicklow, Midlands and Naas Tri Clubs.

She thanked Pulse sponsors Cycle Superstore and South Dublin County Council as well as Westpark Fitness for the use of their pool, Bancroft Park who facilitated the cycle and Tallaght A.C. who held the run.