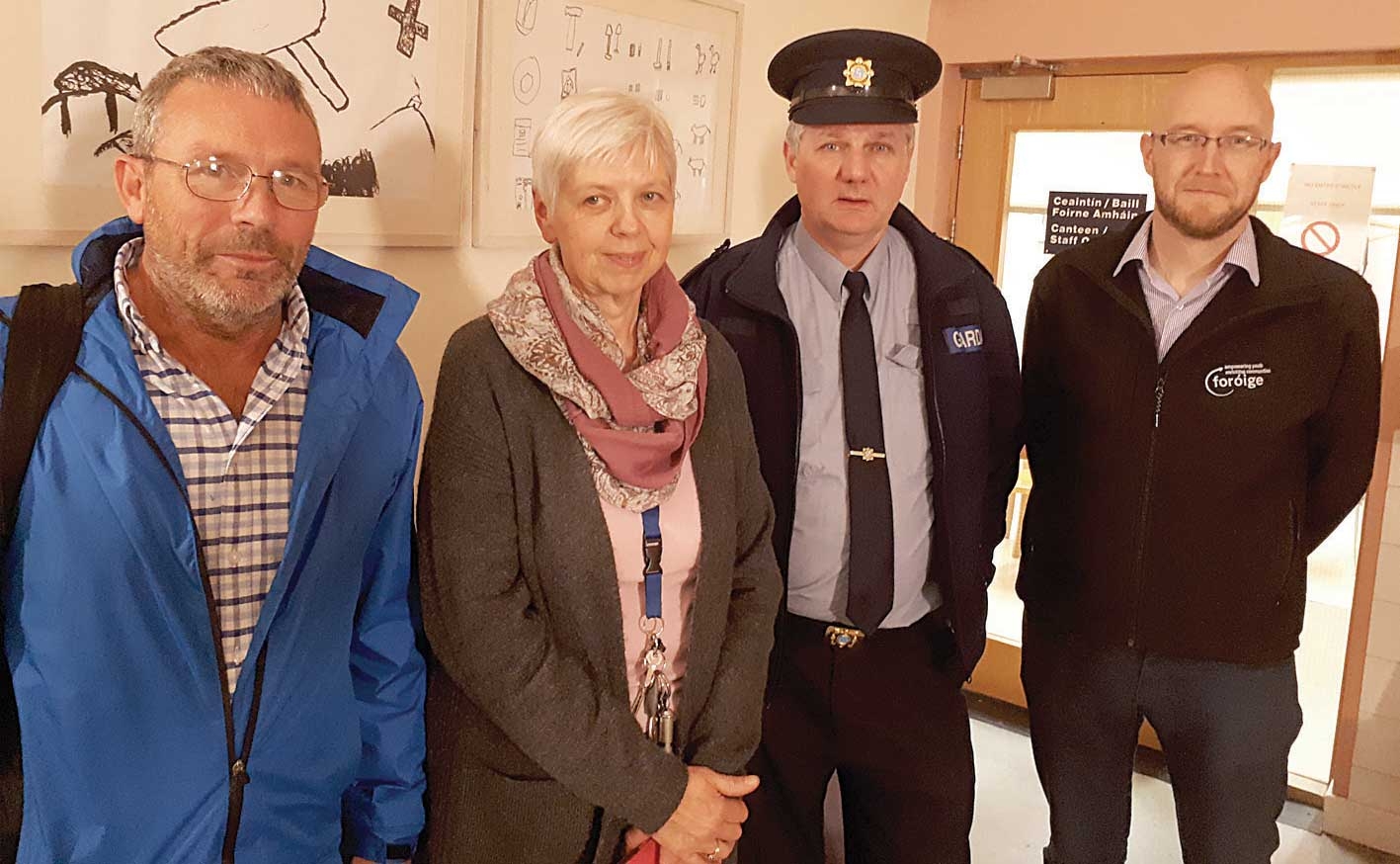 SDCC officials are ‘turning a blind eye’ to West Tallaght

Local Policing Forums are where a local authority and the senior Garda officers responsible for policing in that area can consult, discuss and make recommendations on matters of policing that area.

The meeting took place in the Fettercairn Community Centre where 80 people packed into the foyer to listen to a presentation by Dublin Bus and community gardai.

The Echo understands that these meetings take place two to three times a year and that a senior council official from the housing or community department should be in attendance.

Despite a report by South Dublin County Council being on the agenda, the chairman Andy Lane, who works with the council’s community department, was told by attendees that he was not in a position to answer their questions on housing.

Residents responded in anger. One woman told Mr Lane: “There needs to be someone here from housing. I don’t think this meeting should go ahead if you can’t answer these questions.”

“Because they don’t have to live here,” a woman retorted.

Mr Lane stated that he was representing the council as well as chairing the meeting.

One man questioned how Mr Lane could do both, saying: “[The council] is responsible for the houses that are boarded up . . . you’re not.”

Before leaving the meeting, he said: “How can you represent four or five people [from the council] here?”

The recent suicide of mother-of-two Danielle Carroll was still a source of pain for residents who attended Tuesday night’s meeting, including her father Frank.

Ms Carroll, from Kilmartin, had been offered one house by the council only to have the offer withdrawn later and another property in Lucan suggested to her, which she felt wasn’t suitable for bringing up two young boys.

One woman said: “I’ve been on estate management for a number of years.

“I wanted to disband the meeting when I walked in. I’m sick of not having SDCC come. They’re turning a blind eye.

Before walking out of the meeting, one woman referred to Ms Carroll’s death. She said: “[Danielle] was on placement in Glenshane and it was taken from her – days later she committed suicide.

Cllr Charlie O’Connor said that the council needed to reinstate their commitment to attending the fora.

On Wednesday, a spokesperson from the council said that a housing representative could not attend last night’s meeting due to personal reasons.

“The council is committed to supporting the Local Police Forum meetings and will continue to engage with all concerned to ensure their success.