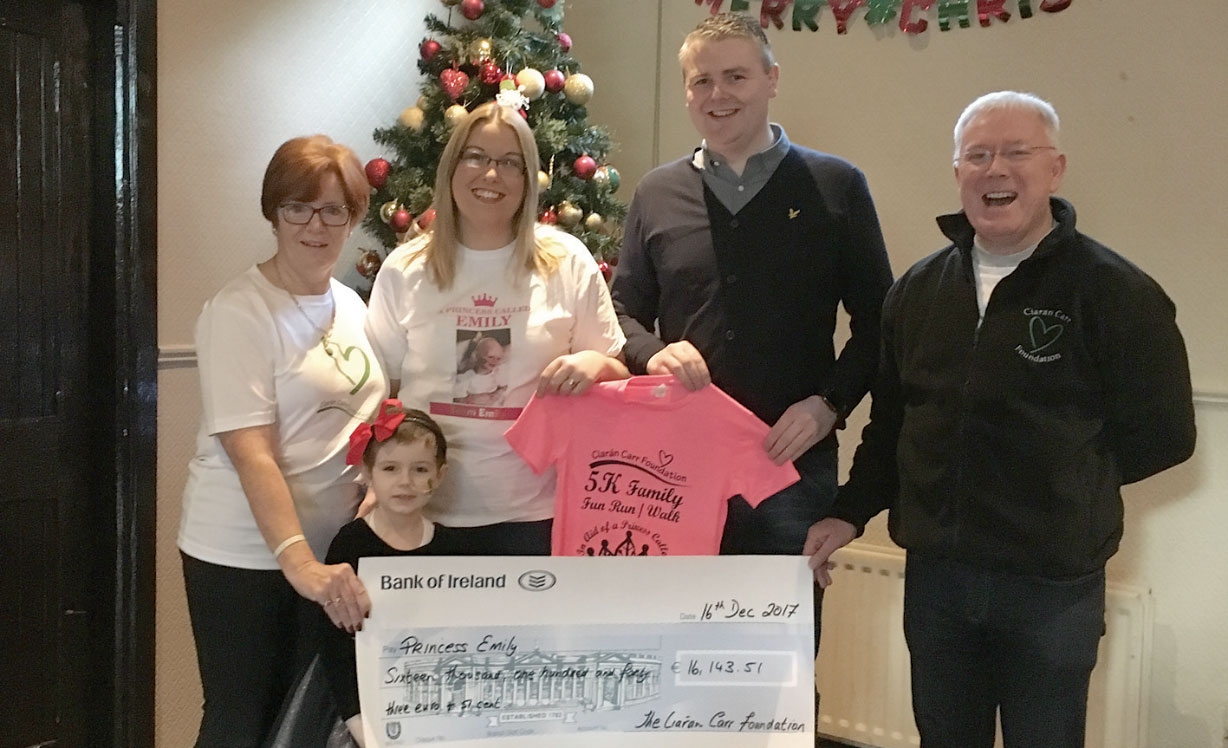 A CHEQUE for over €16,000 was handed over to ‘A Princess Named Emily’ campaign, last week by the Ciarán Carr Foundation after a successful 5k Family Fun Run was held in Corkagh Park last October.

The campaign is to support medical treatment needed by four-year-old Emily Duffy who is battling a rare form of cancer.

Little Emily, whose parents Robert Duffy and Gillian Lee are originally from St John’s in Clondalkin, was diagnosed with Stage 4 Neuroblastoma last year. Emily’s family are raising money so she can travel to the United States for DMFO clinical trials to significantly decrease the chances of a relapse.

Last October, Corkagh Park was transformed into a sea of pink as 600 people took part in the Ciarán Carr Family Fun Run to raise funds for Emily’s treatment.

Emily’s father Robert Duffy said: “I would like to thank the local community for their incredible support.

“We have been blown away and hope that you will continue to help with the fundraising efforts for Emily.”

The Ciarán Carr Foundation was set up by the family of Round Tower footballer Ciarán Carr after the 20-year-old passed away from Sudden Adult Death Syndrome in 2012 – they hold the Family Fun Run every year in aid of a different cause.

Gemma Carr from the Ciarán Carr Foundation said: “The support for Emily from the local community has been fantastic.

“We have had the privilege of working with Emily’s parents and extended family and wish them the very best of luck in their future fundraising activities.”

Anyone who would like to make a donation to Emily’s fund online can visit www.gofundme.com/a-princess-called-emily.