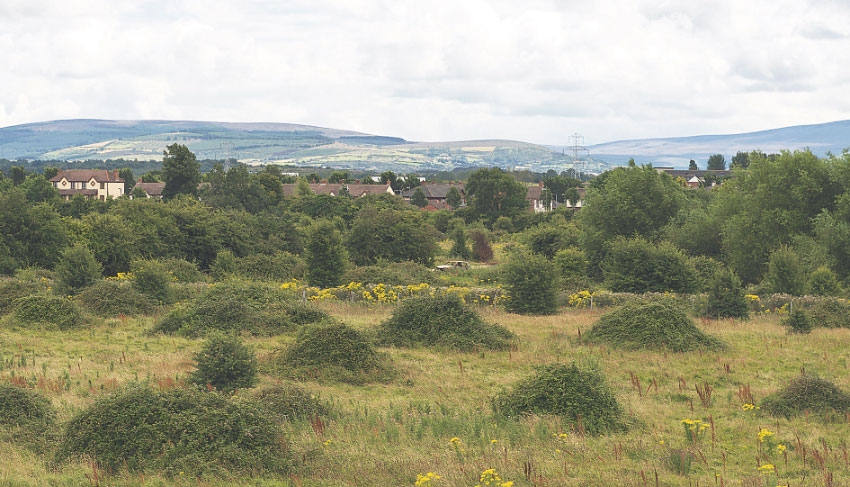 Community disappointed at submissions being ignored

A COMMUNITY group has described being “very disappointed” that despite over 600 submissions being made in relation to plans for the Clonburris Strategic Development Zone (SDZ), the “vast majority” of the report on the proposed development by South Dublin County Council’s chief executive has been left unchanged.

The SDZ will be located between Lucan, Clondalkin and Liffey Valley and will see 8,437 homes built to house 21,000 people.

The lands have been designated by the government as a Major Urban Housing Development Site and will have 90 hectares of parks, 7,300 sq m of community space and three times that in retail floorspace.

The scheme will include the provision of three primary and three post-primary schools. Approximately 72 per cent of housing will be located within 500 metres of schools and approximately 98 per cent of residents will be able to access a bus stop within 400 metres or a train station within 800 metres.

The closing date for submissions was in early November, which saw the plans amass 606 submissions detailing 1,103 proposed changes, and this week the council’s chief executive released a report on the development which has been shown to elected representatives.

Lucan resident Maria Smith, who is also a member of the Clonburris Lucan Action Group, told The Echo: “We’re very disappointed that our concerns were not taken on board at this stage, but we’re working with our local councillors to lobby for the necessary amendments to the report.

“We worked really hard to get all of those submissions in, so it’s very frustrating to see that none of them have been taken on board.

“These amendments are not a wish list – they’re necessary amendments.

“We want phased implementation of the development, we want infrastructure.

“There is no provision for emergency services, and we want that to be addressed.”

She added: “We’re not against the development, we just want it to be planned, sustainable, and to work for the new houses and the existing houses that will surround them.”

The next step in the progression of the development will entail local councillors submitting amendment motions to the plans, the deadline of which has been extended to next month, ahead of a vote on the plans in early February.

Mayor Paul Gogarty told The Echo: “We’re precluded from publicising the chief executive’s report, so now you have 600 people who have no idea if their submissions have had an effect.

“[The council] tended not to take on board what people said in relation to issues like transportation and community facilities.

“People feel their submissions have been ignored by the council – the vast majority of the report has no changes. There are large sections of this report where it’s recommended that no changes be made.”

Mayor Gogarty added that the onus is now on himself and his fellow councillors to go through each of the individual submissions to inform the amendment motions that they will raise before the council.

“It has suggested only minimal changes to the draft plan and has ignored the vast majority of suggested changes.

“Thankfully the plan is now in the hands of county councillors who will have the opportunity to table and vote on amendments in January.

“Sinn Féin will be meeting a range of residents’ groups in advance of the amendment deadline in January and submitting a broad range of proposed changes to ensure that this plan meets the needs of the existing and future communities in Dublin Mid-West.”