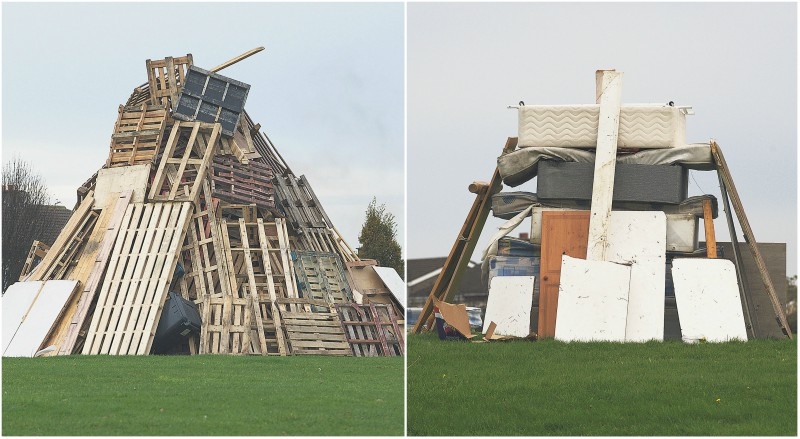 Over 160 locations used for the stockpiling of bonfire material

MORE than 160 separate locations that were used for the stockpiling of bonfire material were reported to South Dublin County Council in the lead-up to Halloween.

Due to the large number of reports received, the council told The Echo that priority had to be given to material located beside or very close to houses, park facilities, overhead power lines and those located on main traffic routes or verges.

Speaking with The Echo on Wednesday, Mary Maguire, of the council’s environment department, said: “As in all previous years, the council’s response this Halloween Season commenced in early / mid-October, at which time every effort was made to collect materials which was being stored on public owned lands and intended for use on bonfires.

“Since mid-October up until October 31, the council was advised of around 160 locations (excluding duplicates) where stockpiling of bonfire material was taking place.”

She added: “All available resources were deployed to the preventative collections of bonfire materials prior to this Halloween and crews were working through the bank holiday weekend (excluding Sunday, October 29) in response to the reports received.”

She stressed that due to the number of reports, it was “not physically possible” to remove all reported material with locations prioritised.

In the aftermath of October 31, the council is now starting its post-Halloween clean-up, which will commence once bonfires are extinguished and it is safe to do so.

According to Ms Maguire, this process usually continues until the end of November.

“Works required will be assessed and then prioritised, most likely commencing with reinstatement of playing pitches which are damaged.

“This work will continue through the month of November and all available resources will be deployed to the clean-up of bonfire sites.”

The Halloween clean-up costs the council on average, €50,000 each year.