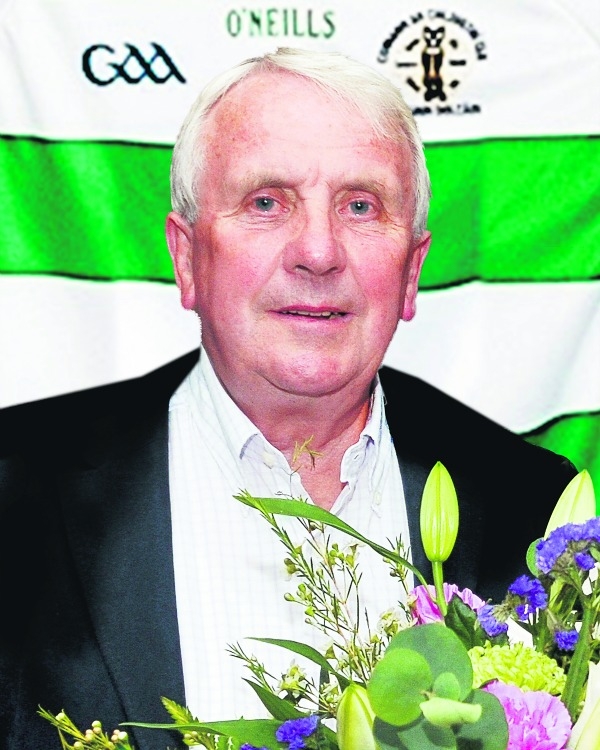 Paddy had a deep love for his family and the GAA

A GREAT VOID was left in Clondalkin this Christmas with the passing of Paddy Delaney (74).
Synonymous with Round Tower GAA Club, Paddy passed away suddenly at Tallaght Hospital on December 18 last.

The night before his funeral, his body reposed at Round Tower GAA Clubhouse on Convent Road where people paid their respects including many former Dublin GAA players.

On the day of the funeral, Wednesday December 23, Paddy was led through Clondalkin village flanked by a guard of honour of club members from Round Tower and led by a lone piper.

Father Damian Farnon remarked to the large congregation on how rare it was to see a church so full for a funeral.

Paddy’s son Pat gave a eulogy for his father. He spoke of his father’s deep love for his family, Round Tower GAA Club and Dublin GAA. Pat spoke of the two causes that meant so much to his father.

First was Clondalkin Tidy Towns where he spoke of how the people of Clondalkin had “reclaimed their village”. Secondly was Round Tower GAA Club’s pitches on Monastery Road.

Among the gifts presented during the funeral were a football, a trowel, a morning newspaper, an evening newspaper and a Round Towers jersey.

Dublin Manager and Round Towers member Jim Gavin spoke during the funeral. He spoke of Paddy’s excellent knowledge of GAA and he recounted Paddy’s playing record at club and inter-county level.

Paddy’s son Tony thanked the mourners for coming. The coffin was led from the church, draped in a Round Tower and Dublin flags to the tune of “The Parting Glass” which was sung by Paddy’s granddaughter Rachel.

Speaking to The Echo, Round Tower Chairman Niall Connaughton’s reflected the thoughts of the club and the wider community.

He said: “Paddy was Tower’s to the core and if you’d cut him, I’m almost sure he would have bled green and white.

“His role with the club in every position imaginable spanned decades and his association with the Clondalkin area is a long one.

“Our club will not be the same in his absence but it wouldn’t be what it is today without him and people like him – a number of whom we have lost recently.

“We owe him the respect of ensuring that this huge input is remembered and revered and that it is used to inspire current and future generations to safeguard the future of the club.”