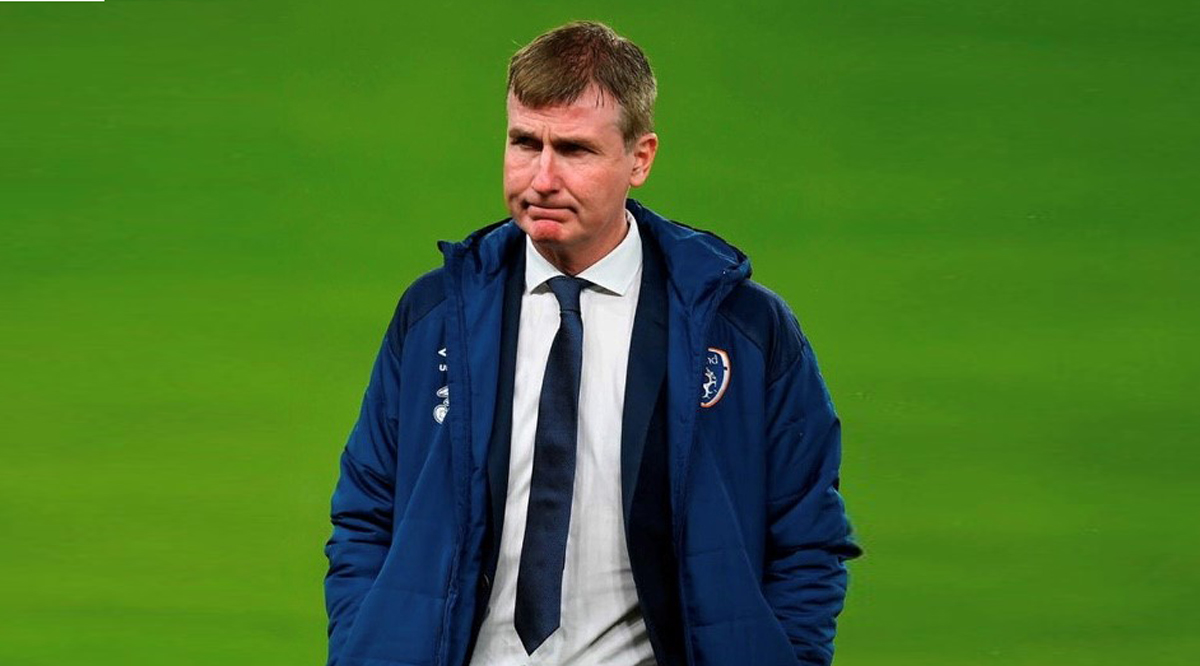 Troy Parrott registered a spectacular 97th minute finish at the Aviva Stadium this evening to give the Republic of Ireland men’s national team a 1-0 international friendly victory against Lithuania.

Their final game before the start of the UEFA Nations League, it looked set to be a night of frustration for Tallaght native Stephen Kenny as his side had found the net four times only for each of them to be ruled out for offside.

The visitors (ranked 137th in the world) looked set to come away with a commendable draw, until Parrott produced a moment of magic at the death.

Given it was just three days on from their 2-2 stalemate with Belgium – and the standard of opposition was radically different on paper – it came as little surprise to see Kenny making several changes to his starting line-up.

Joining him alongside stand-in captain John Egan in the back-three was Dara O’Shea, who hails from Templeogue and recently returned to full fitness following a lengthy injury absence.

A goal scorer against Belgium, Chiedozie Ogbene fired to the net in the eighth-minute but his effort was chalked off.

Looking for a fifth win in their 22nd international under Kenny’s watch, the hosts largely dominated possession in what was ultimately a scoreless opening period.

Conor Hourihane was wheeling away in celebration after stroking the ball home in the 54th-minute, but it was also ruled out due to an offside Callum Robinson being in the goalkeeper’s eye line.

It seemed luck had completely deserted Ireland when Ogbene had another goal disallowed inside the final-quarter, albeit on this occasion James McClean was the one who was ahead of the last man before releasing the 24-year-old.

Džiugas Bartkus saved a John Egan header off a Jason Knight moments before his defensive partner Collins was announced over the tannoy as the game’s man of the match.

The Lithuanian netminder also made an acrobatic save from Parrott and while the linesman raised his flag in advance of a Scott Hogan finish, the lively Parrott had the final say with a bullet strike from outside the box.