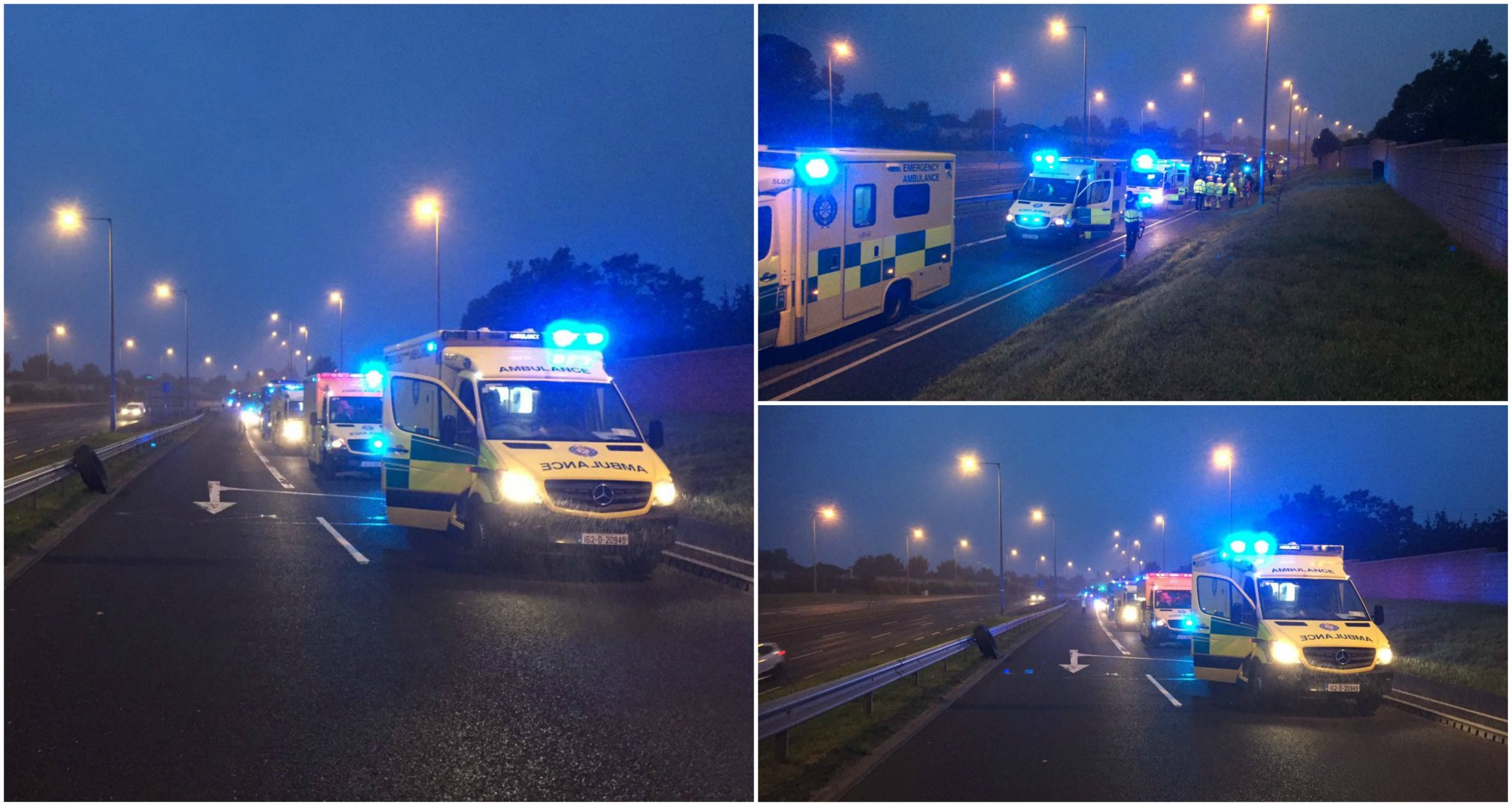 Passengers have lucky escape after bus crashes into barrier on N4

Passengers travelling to Dublin Airport had a lucky escape yesterday morning when the bus they were on crashed into the central barrier on the N4.

The terrifying incident happened in the early hours of Monday morning near the Lucan exit.

5L07 5L20 8L27 and 5A08 on scene earlier at an incident in West Dublin no patients transported by NAS # NEOC pic.twitter.com/36onuj2oBG

It is believed one of the tyres on the bus suffered a blow-out, sending the vehicle into the crash barrier.

Several units from the National Ambulance Service, including an Ambulance Officer, attended the scene.

Thankfully, none of the 23 passengers on board required hospitalisation.