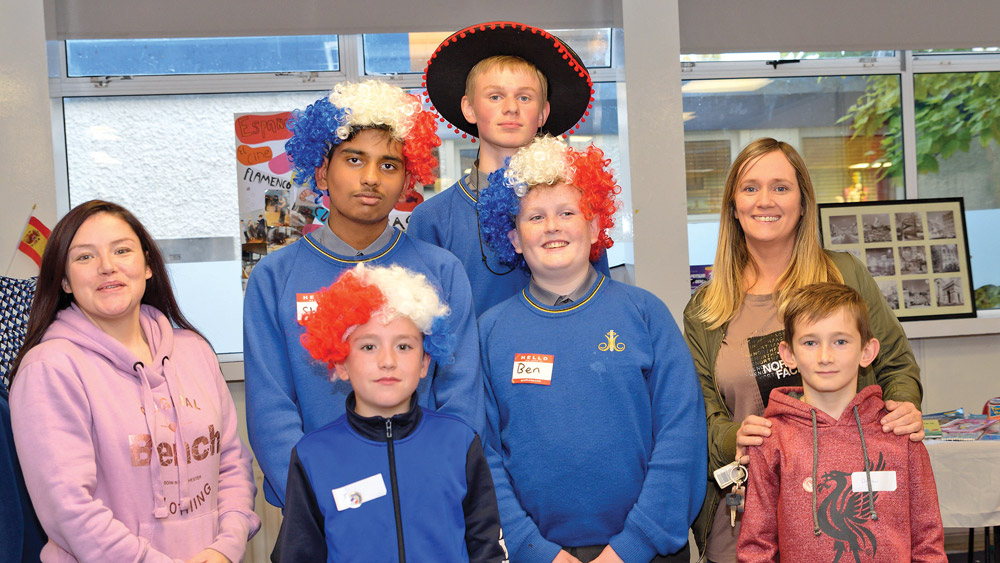 Past pupils return to Moyle Park to share experiences

MOYLE Park College in Clondalkin held a well-attended open night last Thursday, September 29, which also saw many past pupils return to the school to share their experiences.

Attendees were primarily local fifth and sixth class students and their families, as well as existing and past students of Moyle Park College.

Fiona Quigley, a language teacher in Moyle Park, said: “The school was bustling with activity on the night.

“Students loved the opportunity to try out all of the facilities available in the school, from trying out new instruments in music class, hands-on experiments in science, competitive penalty shoot-outs in PE, printing lino stamps in art, making wooden keyrings in woodwork, an opportunity to speak a few words in French and Spanish, and much more.

“The school welcomed back many past pupils who spoke of their happy memories of Moyle Park College.”

The winners of the Paul Caffrey Bursary, which offers a bursary to students progressing to third-level and is named after a past pupil who died suddenly, also spoke at the open day.

“The recipients of the Paul Caffrey Award spoke of their experiences in university and how their scholarships had greatly helped them in their educational journey,” said Ms Quigley.

“The principal, Ms Cahalane, welcomed all in attendance in the study hall and spoke of the many opportunities available to future students.”

These opportunities include extra-curricular activities provided by the school, such as various sports teams, a chess club, and a Japanese club.

“The evening was a great success and enjoyed by all in attendance,” concluded Ms Quigley.