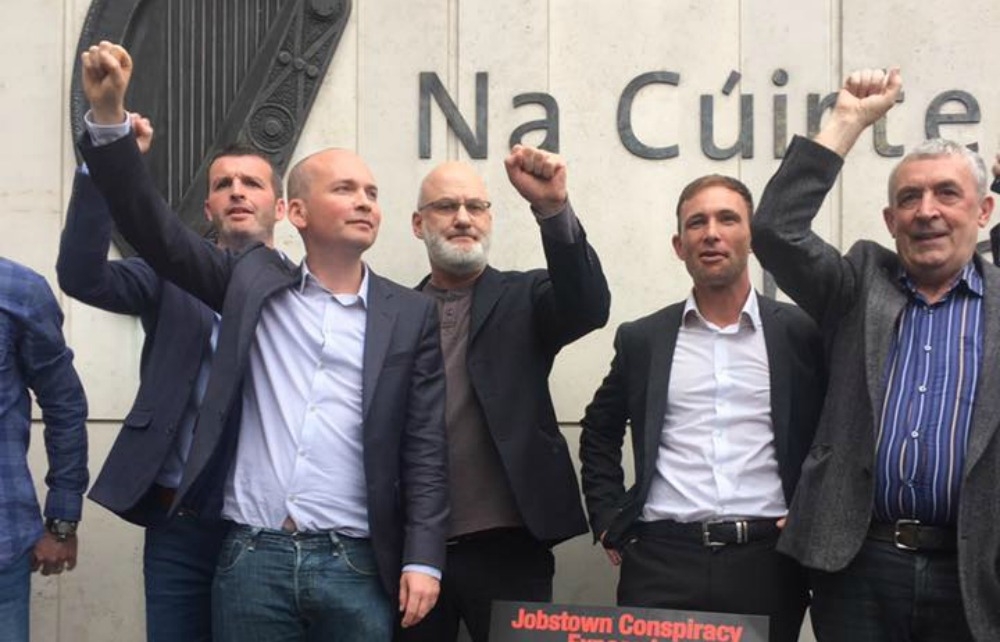 Paul Murphy: “It’s about as decisive a victory as you could get”

Solidarity TD Paul Murphy said today’s verdict of not guilty in relation to charges of false imprisonment involving then Tanaiste Joan Burton and her adviser in Jobstown in 2014 was “as decisive a victory as you could get”.

Speaking outside the court Murphy said he was relieved when the verdict was delivered, and he thanked the jury for returning a unanimous decision on all counts.

There were jubilant scenes as the six men left the courts, and Murphy said he now hoped other charges related to the protest and others would be dropped.

“It’s about as decisive a victory as you could get. It was very quick, it was unanimous on all counts, and I just really hope that they take their beating and they withdraw the rest of the charges.

“It’s a day for celebration that we have been found not guilty, but they just put us through two and a half years of having to fight this. They put people who have young kids and others who still have to face the courts through this.”

Six men, including Paul Murphy, had been on trial since April 26, charged with falsely imprisoning Joan Burton and her adviser for three hours during a water charges protest in Jobstown.

The charges against a seventh accused, Ken Purcell, were dropped at the conclusion of the prosecution case after Judge Melanie Greally ruled that the extension of his garda detention in February 2015 was unlawful.