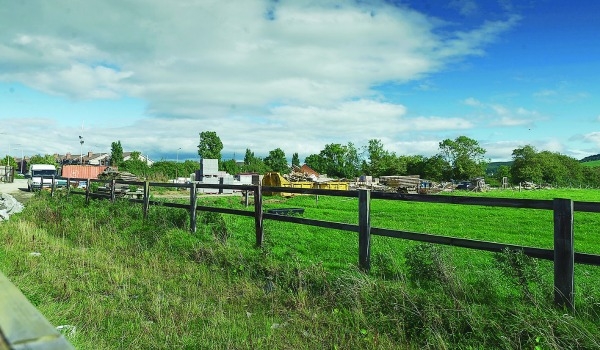 A RESIDENTIAL development for a site located adjacent to the Broadfield Manor estate in Rathcoole has been granted permission, with 111 housing units set to be constructed.

The development will be constructed on a 4.45 hectare site, and will include a mix of three and four bed and four-bedroom houses.

Access to the site will be via Kilteel Road and Broadfield Avenue, with two additional housing units that were proposed omitted from the final grant of permission.

The proposal was met with one objection that listed a number of concerns surrounding the proposal.

Concerns raised within the objection included the lack of amenities in the Rathcoole area to deal with the increase in population.

Also included within the concerns was the potential increase in school congestion, traffic in the local area, and that the “uniform nature” of the proposal would affect the “rural quality and heritage” of the town.

The objection also stated that the proposal would further reduce views of the Dublin Mountains, and that the application is identical to an application for the site that was refused back in 2015.

A previous application was refused permission by South Dublin County Council in 2015, due to concerns surrounding a watermains traversing the site and proposed water surface attenuation.

The concerns were addressed by the applicant, Cavan Developments, in the new application and South Dublin County Council noted that a new County Development Plan came into effect since the previous planning application.

Conditions attached to the grant of permission include a provision that no dwelling can be occupied until the completion of a nearby local centre, and that adjustments are to be made to the layout and design of the development.

The decision to grant permission for the development was given by South Dublin County Council on August 24.