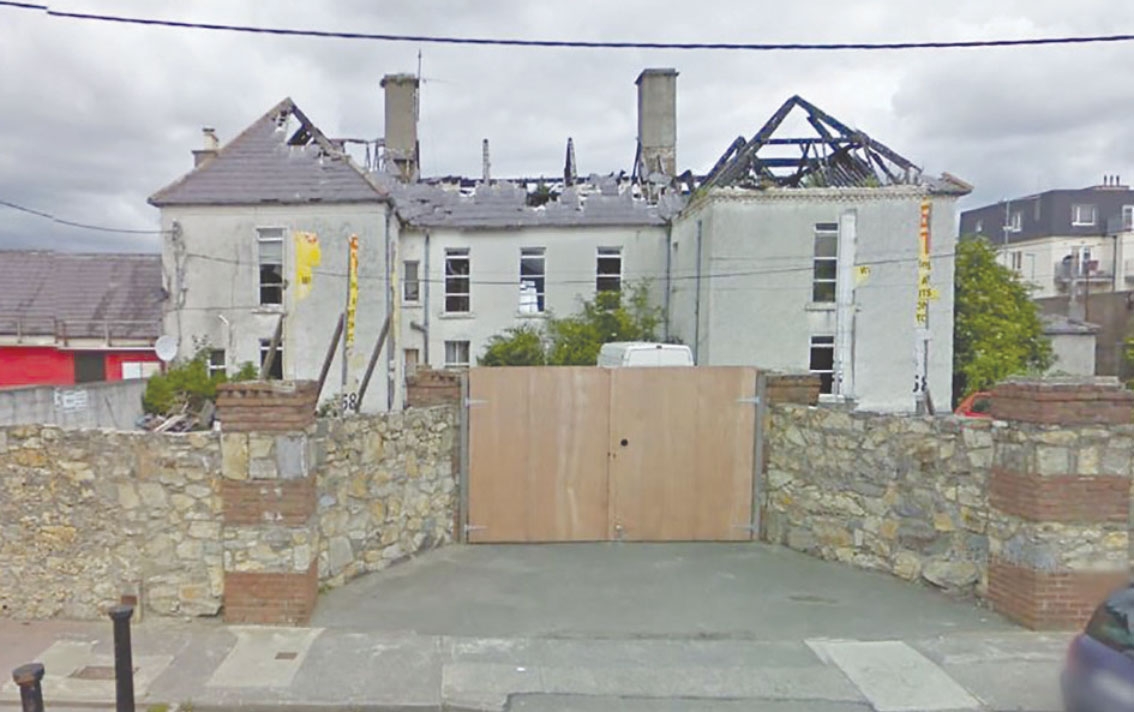 PLANNING permission has been granted for an aparthotel development containing 58 bedrooms, a restaurant or coffee shop, and bar, 15 retail units and four market stalls on the site of The Glebe House in Rathcoole.

The house is a former rectory which has been previously fire-damaged, causing the original interior features to be destroyed.

The application, which was submitted by LBJ Properties Ltd last February, outlines plans to demolish a number of ancillary sheds and outhouses that are not part of the original historical fabric of The Glebe House.

The proposed structures for demolition include three outhouses, a single-storey carwash building, a corner-shop unit on Eaton Drive, a metal shed and seven retail units.

It is also proposed that a number of conservation works will be carried out on The Glebe House, including extensive stabilisation works and the reinstatement of a Blue Bangor slate roof with red ridge detail and bell detail to the edge of the roof.

Other conservation works include the closing up of 20th century openings and the reinstatement of sash windows and a hardwood door to the Main Street south elevation, and two new double-glazed timber doors to the west wing in the existing openings.

The plans contain provisions for the construction of a single-storey ground-floor extension, and two-storey zinc-clad wings with central single-storey extension with flat roof to the rear of the north elevation of Glebe House, which is the original front entrance.

The plans also outline the construction of four market stands, an underground carpark with an access ramp from Eaton Drive, a ten-metre-wide landscaped river fern garden to act as a flood compensatory zone, and two three-storey hotel wings, with one wing facing towards Tay Lane and the other wing on Eaton Drive with retail units on the ground floor.

South Dublin County Council granted permission for the development on October 2 with a number of conditions.

These conditions include the development not being used as permanent residential accommodation or student accommodation, and restoration and alteration works to The Glebe House, which is a protected structure, should be completed prior to the first occupation of any of the new units on the site.

NEWER POSTPharmacy and medical centre plans lodged for restaurant site
OLDER POSTCosy and in pristine condition, combining a clever use of space