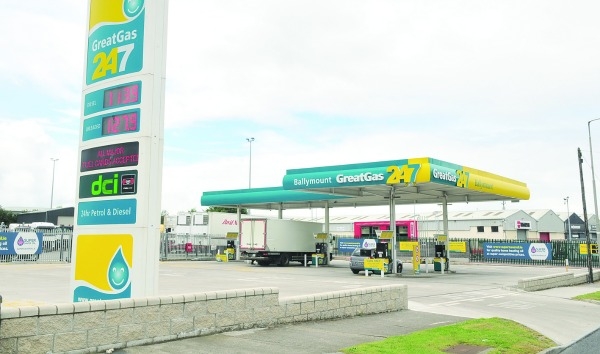 Permission granted for development of a petrol station in Ballymount

The application for permanent permission was submitted back in July and trades as GreatGas, and permission for the development was granted on September 1.

An original decision to grant temporary planning permission was given back in August 2014, and was granted for a period of five years.

It was originally granted temporarily due to concerns surrounding a possible growth in traffic and congestion in the area, but a minimal increase has been recorded since the station was constructed.

In its decision, South Dublin County Council said: “The petrol station has been open and operational for a period of time and the impact on the surrounding road network has found to be negligible.

“It is therefore considered that the intent of the time limiting condition has been achieved and that impacts have been assessed as acceptable.

“The permanent operation of the as constructed petrol station is therefore considered to be acceptable in terms of traffic safety and convenience, and would, therefore, be in accordance with the proper planning and sustainable development of the area.”