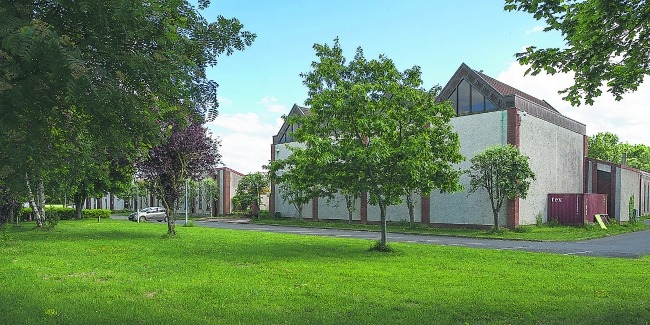 DUBLIN and Dun Laoghaire Education and Training Board has applied for planning permission for an extension to Lucan Community College, and alterations to the existing school building.

The proposal outlines plans for the construction of a new one or two-storey extension of 5,616 sq m to accommodate a special education needs unit, a PE hall, a teaching space and associated ancillary works.

It is proposed that the extension would ultimately lead to the removal of all prefabs on the school site on completion of the proposed works.

Plans for access to the site include the creation of a new vehicular entrance off Esker Drive, while the existing entrance will become exit only.

The application also includes provisions for the construction of 92 permanent car-parking spaces and 100 bicycle spaces.

It is also proposed that the execution of a new arrangement of site works will include six ball courts, a secure play area for the SEN unit and the creation of a secure link to the adjacent Local Authority parkland.

A decision is due from South Dublin County Council by July 19.