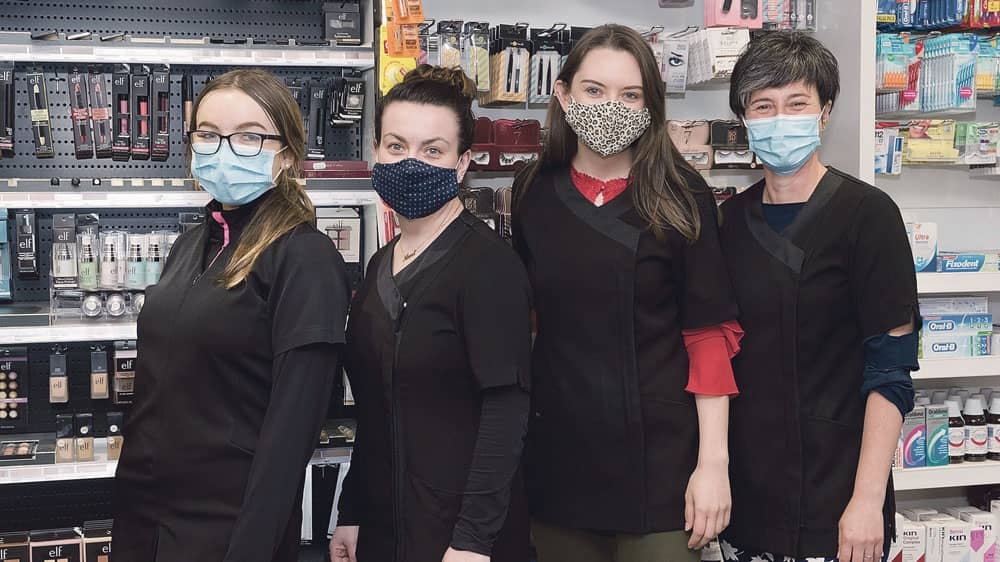 LOCAL pharmacies had a busy start to the week as they began to administer vaccines to people in the 18 to 34 age cohort on Monday.

Last Friday, the government announced that people aged 18 to 34 could register with their local pharmacy to secure a single-dose Janssen/Johnson & Johnson vaccine, in a bid to accelerate the national vaccination programme.

Over 800 pharmacies nationwide started administering the vaccine on Monday morning, including Kingswood Pharmacy in Tallaght, which has a team of three vaccinators.

Robert Best, the owner of Kingswood Pharmacy, told The Echo: “Last Friday morning, the phone started ringing at 10 to nine even though we don’t open until nine, because people had heard about getting the vaccines on the news.

“Since then, the phone hasn’t stopped going.”

Kingswood Pharmacy administered 40 vaccines to people aged 18 to 34 on Monday, and will continue administering vaccines throughout the week.

Mr Best said the demand for the vaccine among people aged 18 to 34 is so strong that they’re “way oversubscribed” by the number of people seeking a vaccine and the number of vaccines they have.

The pharmacy currently has a waiting list for people seeking the vaccine, and Mr Best hopes that, depending on the supply from the HSE, they’ll be able to clear the list by the end of this month.

Janise and Kerrie among the first to get vaccinated at Kingswood Pharmacy on Wednesday, July 7

When asked if he was surprised about the uptake of the vaccine among the younger cohort, Mr Best said: “No, because there were a number of confluences.

“The first is the fact that the Delta variant is gathering strength, and the second is that it looks like society is opening up and some sort of evidence of vaccination will be needed to fully integrate back into it.”

Mr Best said that staff in the pharmacy are proud to be contributing to the overall effort to ensure people are vaccinated against Covid-19.

“The thing that I find surprising about the demand for the vaccine is that I think it’s a sign of how desperate people are to get back to normality,” he added.

Over in West Tallaght, Jobstown Pharmacy administered 50 vaccines to the 18 to 34s on Monday morning.

Declan Grogan, a pharmacist in Jobstown Pharmacy, told The Echo: “It was very good, they were all delighted to be getting the vaccine. The vaccines flew out the door.”

Mr Grogan added that the pharmacy has a waiting list of hundreds seeking the vaccine, which they hope to work through as and when they receive further vaccine deliveries from the HSE.

On Monday morning, HSE chief executive Paul Reid confirmed that over 50 per cent of the adult population in Ireland were fully vaccinated against Covid-19.

Mr Reid said that all adults could potentially be vaccinated by August or September if the HSE’s new vaccine strategy goes according to plan.