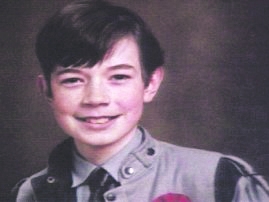 Philip Cairns: will there be an answer?

ANYBODY WHO grew up in Dublin in the 1980s remembers that photograph. A boy with dark hair on his confirmation day, his red confirmation rosette catches your eye, as does his smile.

It is nearly 30 years since Philip Cairns disappeared after leaving his home at 1.30pm on October 23, 1986 to walk the short distance to Coláiste Éanna.

He was never seen alive again and his body has never been found.

Six days later his schoolbag was found in a lane near his home on Ballyroan Road, Rathfarnham. At the time the gardaí told the family that Philip would be coming home.

The breakthrough in the case never came. Over 50 gardaí worked on the investigation.

Detective-Sergeant Tom Doyle in Rathfarnham and many others have worked tirelessly in the case.

Just over a week ago, convicted paedophile Eamon Cooke died in a hospice in Raheny.

There was some coverage in the press but then the news filtered out that a victim of Cooke’s told the gardaí that she saw Cooke strike Philip with an implement in his radio station in Inchicore on the day of his disappearance.

Cooke was interviewed by gardaí before his death but did not admit to abducting or murdering the schoolboy.

Despite the gap of 30 years one must praise the witness for coming forward. One hopes that it has given some comfort, however small, to the Cairns family. To lose a son and brother without any closure is the cruellest sentence to inflict on a family.

Gardaí are now following over 160 lines of enquiry in relation to the case and advances in DNA could yet result in more developments.

One must hope and pray that the suffering of the Cairns family could be coming to an end.